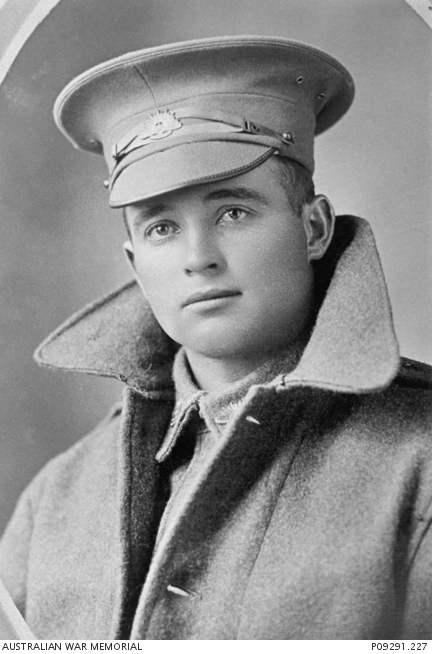 Studio portrait of 4523 Private (Pte) Ray James Calliss Flower, 32nd Battalion. A farmer from Burra, South Australia, prior to enlistment, he embarked with the 12th Reinforcements from Adelaide aboard HMAT Berrima on 16 December 1916 for Devonport, England. After training in England he proceeded to join his battalion on the Western Front near St Omer, France, in August 1917. Pte Flower was wounded in action on 6 July 1918 near Albert, France, and died of these injuries later that day. He is buried in the Vignacourt, British Cemetery, France. He was aged 26 years.