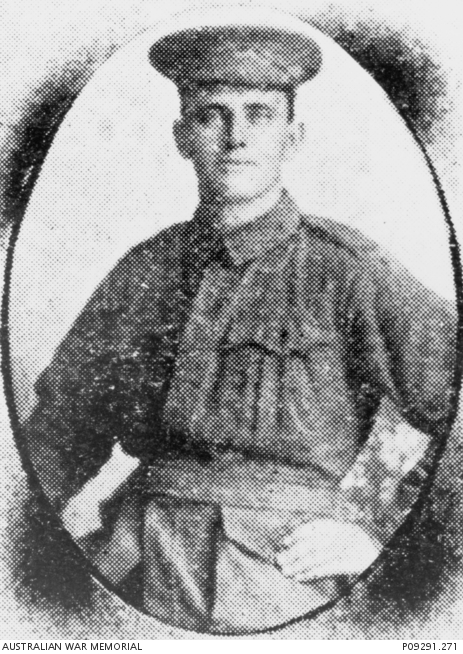 Studio portrait of 3825 Private (Pte) John Gibson, 27th Battalion. A labourer from Port Victoria, South Australia, prior to enlistment with the service number B7974, he embarked with the 9th Reinforcements from Adelaide on 7 February 1916 aboard HMAT Miltiades for Suez. Shortly after arrival he was transferred to the 50th Battalion which relocated to the Western Front, France, during early June 1916. Pte Gibson was wounded in action near Albert, France, on 16 August 1916, was evacuated to Boulogne where he died of these wounds two days later and is buried in the Boulogne Eastern Cemetery. He was aged 28 years.