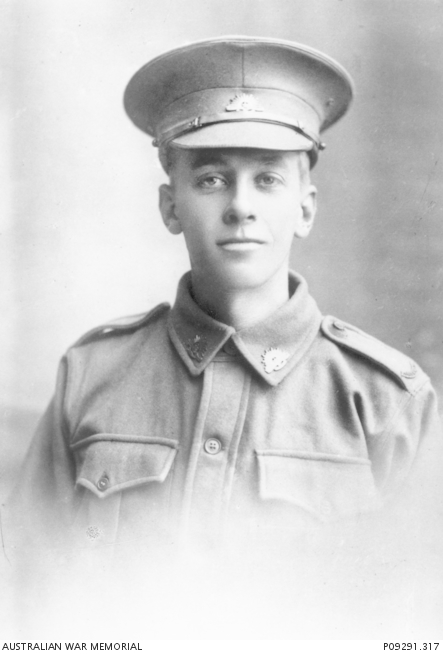 Studio portrait of 3114 Private (Pte) Fred Farmer Bassett, 50th Battalion. A warehouseman from St Peters, South Australia, prior to enlistment, he embarked with the 8th Reinforcements from Adelaide on 16 December 1916 aboard HMAT Berrima (A35) for Devonport, England. Two days before arriving in Devonport he was admitted to the ship’s hospital with acute influenza. On arrival at Devonport he was transferred to the Military Hospital where the diagnosis was confirmed as cerebro-spinal meningitis. Pte Bassett died of this disease on 10 March 1917 and is buried in the Plymouth (Efford) Cemetery. He was aged 22 years.