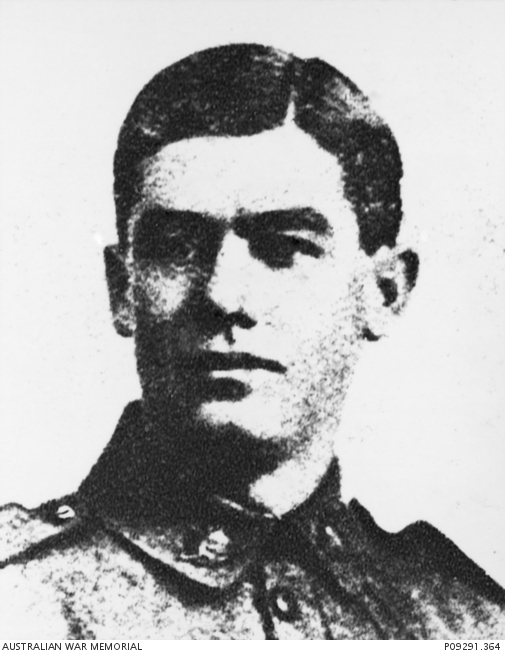 Studio portrait of 2003 Private (Pte) Henry John Palmer, 10th Battalion. A farmer from Haslam, South Australia, prior to enlistment, he embarked with the 5th Reinforcements from Adelaide on 20 April 1915 aboard HMAT Hororata (A20) for Egypt. He served at Gallipoli from early June 1915 until the battalion was withdrawn to Egypt in late December. In late February 1916 he was transferred to the 50th Battalion and appointed a Lance Corporal (L Cpl) on 1 March 1916. His new battalion relocated to the Western Front, France, during early June 1916. L Cpl Palmer was wounded in action near Albert on 16 August 1916 and was evacuated to England for treatment, recuperation and furlough followed by a period of training before rejoining his unit in late April 1917. L Cpl Palmer was promoted to Sergeant (Sgt) on 28 July 1917. Sgt Palmer was killed in action near Westhoek Ridge, Belgium, on 27 September 1917. He has no known grave and he is commemorated on the Ypres (Menin Gate) Memorial. He was aged 24 years.