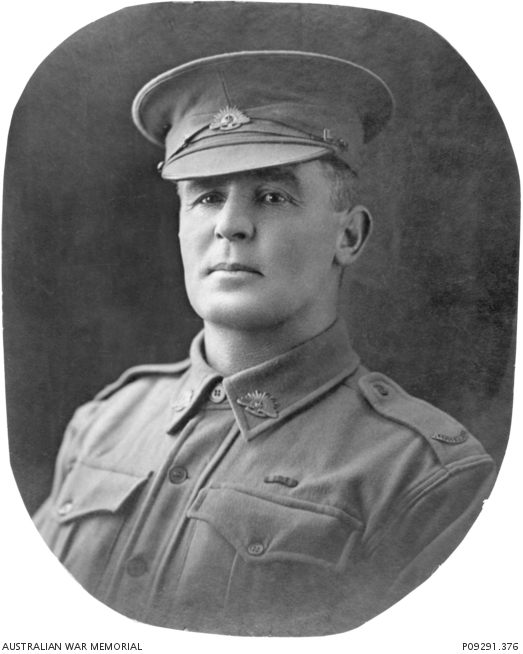 Studio portrait of 2231 Private (Pte) Roderick James McLeod, 50th Battalion. A farmer from Kingscote, South Australia, prior to enlistment, he embarked with the 4th Reinforcements from Adelaide on 12 August 1916 aboard HMAT Ballarat (A70) for Devonport, England. Following training in England he joined his battalion on the Western Front near Buire, France, in late February 1917. Pte McLeod was killed in action near Noreuil on 2 April 1917. His grave and 81 others were destroyed by shellfire and his name is recorded on a special memorial in the Noreuil Australian Cemetery. He was aged 39 years.