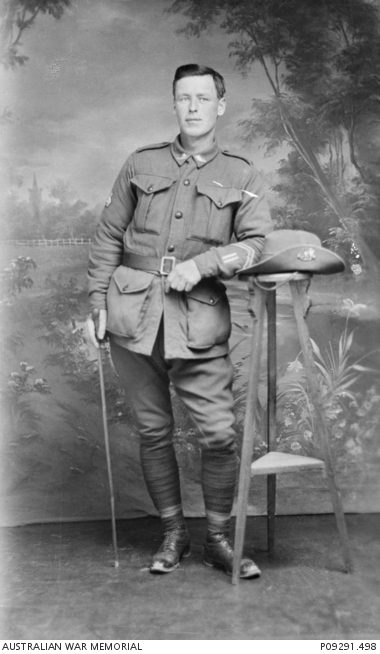 Studio portrait of 687 Private (Pte) John Thomas Wehrmann, 32nd Battalion. A labourer from Mount Gambier, South Australia, prior to enlistment, he embarked with Headquarters Staff from Adelaide on 18 November 1915 aboard HMAT Geelong (A2) for Suez. The battalion relocated to the Western Front, France, during June 1916. Pte Wehrmann was wounded in action near Montauban on 30 october 1916 and was evacuated to England for treatment and recuperation. His recovery was slow and he was attached to No 3 Command Depot. Pte Wehrmann was hospitalised with debility on 2 November 1917 and died the following day with a cerebral abscess. He was aged 28 years.