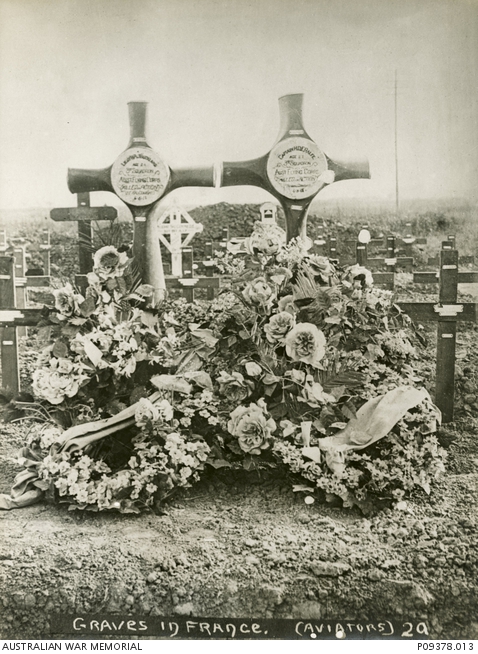 The graves of Captain Henry Douglas Eyre Ralfe AFC (pilot) and Lieutenant William Alexander John Buckland AFC (observer). This crew, from No. 3 Squadron AFC, were shot down about 3 km west of Morlancourt on 6 May 1918. Their RE8 was intercepted by five German fighters, and crashed in flames. Lieutenant JHA Treacy AFC, from their squadron, observed the action at a distance and confirmed that the pilot stayed with the aircraft while the observer jumped clear of the fire during the final dive. From the collection of Lieutenant Tom Latham Baillieu who served with No. 3 Squadron AFC.