Studio portrait of two brothers, both of the 25th Battalion. 4782 Private (Pte) Frederick ... 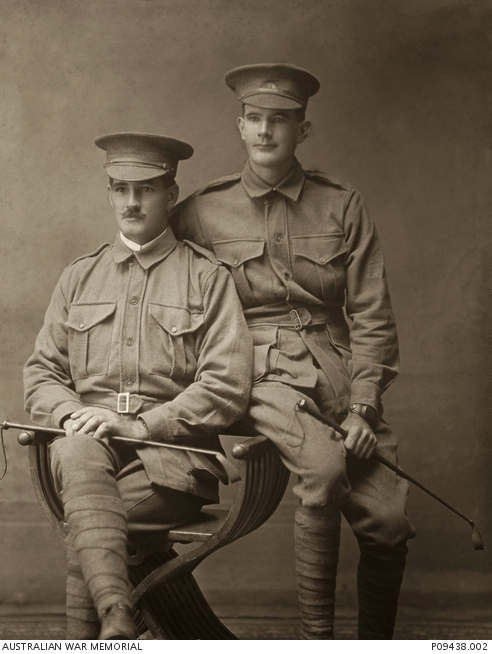 Studio portrait of two brothers, both of the 25th Battalion. 4782 Private (Pte) Frederick Alexander White, of Rockhampton, Qld, left, and 4785 Pte Albert White of North Pine, Qld. The brothers enlisted in September 1915 and embarked together with the 12th Reinforcements from Sydney on board RMS Mooltan on 12 April 1916. Frederick White was appointed Acting Corporal for the duration of the voyage, reverting to the rank of Private in July 1916. The brothers arrived in France for service on the Western Front on 11 September 1916. For Frederick White several periods as Acting Corporal followed until being permanently promoted in March 1917. In September he was appointed Lance Sergeant. Both brothers were wounded in action in November 1916 and March 1917. Frederick, aged 37, and Albert, aged 26, were killed in action at Morlancourt, France, on 10 June 1918.