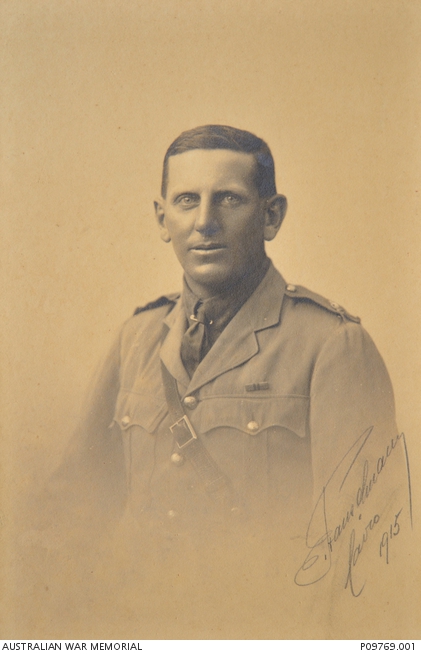 Studio portrait of Major James Moffat Reid, 1st Light Horse Regiment. Of Tenterfield, NSW, Major Reid embarked from Sydney aboard HMAT Star of Victoria (A16) on 20 October 1914. He was killed in action on 7 August 1915, aged 33, whilst leading the attack from Pope's Hill, Gallipoli. He has no known grave and is commemorated in 6 Lone Pine Memorial on Memorial Panel 2. He is wearing the ribbon of the King George V Coronation medal (1911) indicating he was a member of the Coronation Contingent sent from Australia in 1911.