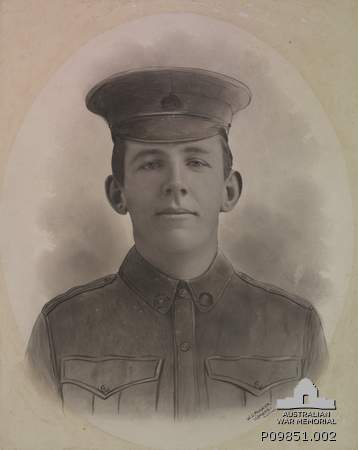 Studio portrait of 2545 Private (Pte) Ernest Bazen Beddow, 35th Battalion. A labourer from Willsons Downfall, NSW, he embarked with the 35th Battalion, 5th Reinforcements on 25 October 1916 aboard HMAT Ascanius (A11). Pte Beddow died on 28 January 1917 of broncho-pneumonia, which he contracted during training at Salisbury Plains. He was buried at the Bilston cemetery, Staffordshire, England.