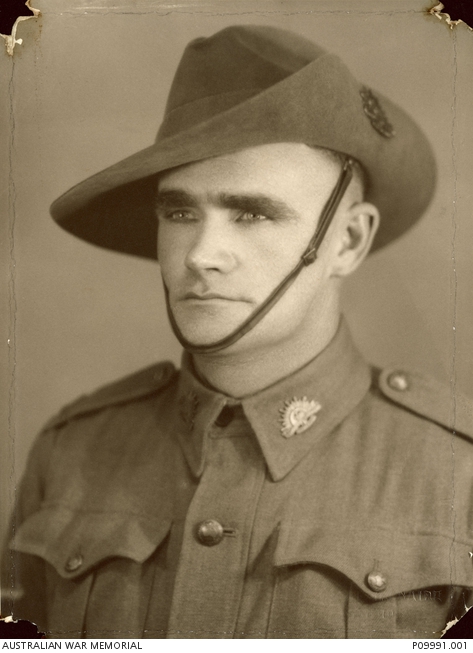 Studio portrait of SX5457 Corporal (Cpl) William James Adams, 7 Divisional Postal Unit, attached to 2/3 Machine Gun Battalion (2/3MG Bn). He enlisted in the AIF on 15 June 1940 and became postman to the 2/3MG Bn at Woodside, South Australia. The battalion embarked for the Middle East in late April 1941 and served in Syria until Japan entered the war when the battalion was withdrawn to Java during February 1942. Cpl Adams became a prisoner of war and worked for some time on the Burma Thailand Railway from the camp near Moulmein, Burma. On completion of the railway many of the prisoners were transported to Japan. Cpl Adams was killed when the Japanese prison ship in which he was travelling, the Rakuyo Maru, was sunk by the United States Navy submarine USS Pampanito on 12 September 1944. He was aged 38 years.