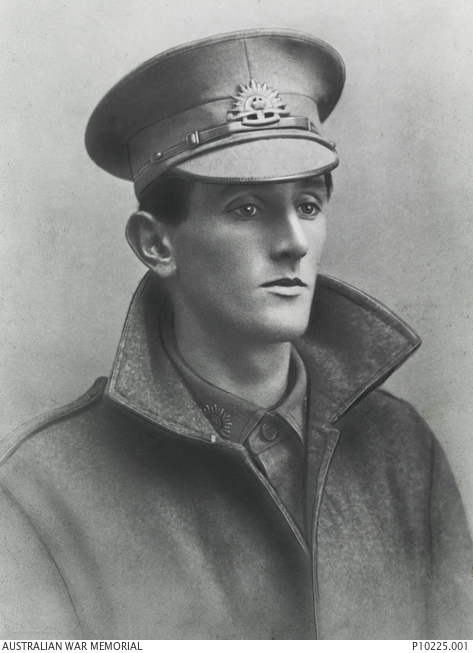 Studio portrait of 2208A Private (Pte) Christopher James McGlinn, 51st Battalion. A farrier from York, WA, prior to enlistment, Pte McGlinn embarked from Fremantle aboard HMAT A28 Miltiades on 9 August 1916. He was killed in action on 13th October 1917 at Passchendaele, Belgium aged 23. McGlinn has no known grave and is commemorated at the Ypres (Menin Gate) Memorial (Panel 29) Belgium.