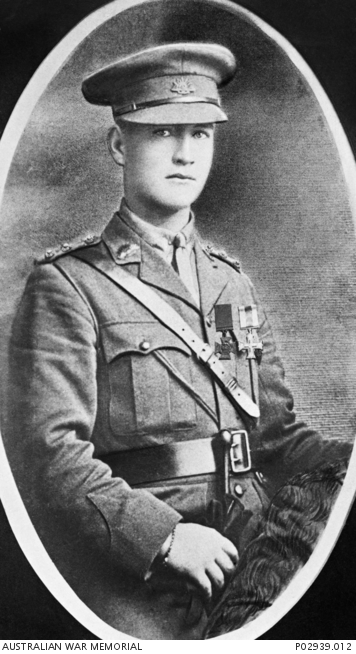 Percy Cherry was born at Drysdale, Victoria. He spent his youth in Tasmania, where he served in the militia before enlisting in the AIF in March 1915. He was sent to Gallipoli, where he was wounded and shortly afterwards commissioned. In 1916 he was promoted to command an infantry company.

On 26 March 1917 Cherry's battalion, 26th Australian Infantry Battalion, was ordered to capture the village of Lagnicourt, and his company had the task of sweeping into the village. There was strong enemy opposition, and soon all of the officers in the company became casualties. Cherry organised machine-gun and bombing parties, sent back frequent reports of progress, and, when wounded later in the action, refused to leave his post. Late in the afternoon, however, a single shell killed him instantly.

Cherry never learnt of the honours bestowed upon him: a Military Cross won earlier and the Victoria Cross for Lagnicourt were both announced after his death. He is buried in the Queant Road Cemetery, Buissy, France.