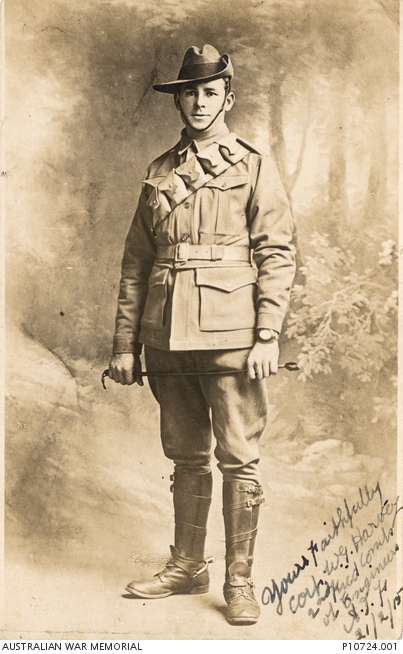 Studio portrait of 106 Corporal William George Harvey, 2nd Field Company Engineers. A carpenter prior to enlisting on 25 August 1914, he embarked aboard HMAT Anglo Egyptian (A25) on 26 April 1915. Harvey served at Gallipoli before transferring to 1 Pioneer Battalion on 20 March 1916 and commissioned as a Second Lieutenant three days later. He arrived in France with this unit the following month. On 14 November 1916 Harvey was awarded the Military Cross for his conduct throughout several campaigns, particularly operations at Mouquet Farm during August. On 14 September 1917 he was killed by shell fire. He was 25 years old.