Portrait of 413771 Aircraftman Norman Grenfell Huggett RAAF. Prior to enlistment in September ... 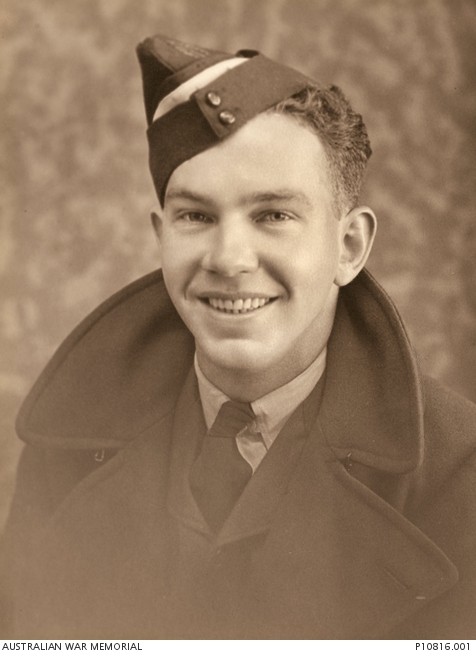 Portrait of 413771 Aircraftman Norman Grenfell Huggett RAAF. Prior to enlistment in September 1941 he was a salesman at Hammond and Hanlon department store in Young, NSW, and a volunteer firefighter. He had hoped to become a pilot, however following his initial training in Australia he changed areas and qualified as a wireless operator and air gunner before leaving for England early in 1943. By late that year he was air crew in Lancasters on operations with 101 Squadron RAF. His was one of the aircraft fitted with radio jamming equipment known as ABC, short for "airborne cigar". ABC was designed to disrupt enemy nightfighter communications. On the night of 30-31 March 1944 his aircraft was shot down by a Messerschmitt 110 nightfighter, on the outward flight of a bombing mission to Nuremberg.