Ronald Alison McInnis was born near Mackay, Queensland, on 20 November 1890. Educated at Maryborough Grammar School, he trained for several years as an apprentice surveyor in Mackay and also qualified as a computing draughtsman. On 8 October 1912, McInnis was registered as an authorised surveyor. The 24-year-old enlisted with the Australian Imperial Force on 21 May 1915 and departed Brisbane with the 26th Infantry Battalion aboard HMAT Ascanius on 24 May 1915.

McInnis was deployed to Gallipoli in September that year and spent the next two months rotating in and out of the trenches before being tasked with surveying the extensive tunnel system at Quinn's Post. Gallipoli was evacuated before he could finish his plan for the tunnel system, and during December 1915 he was transferred to the 8th Field Company of the Royal Australian Engineers. McInnis finished his plan for Quinn's Post early the following year and in June was sent to the Western Front. In September he was made an officer and on the same day as his promotion was transferred to the 53rd Infantry Battalion. From then on McInnis served at the front line with the battalion, his duties including trench construction and repair, and acting as a liaison officer to other battalions. His diary entries describe in great detail the battles in which he participated. One such entry depicts McInnis' brush with death in October 1916 while at the front. He was about to take a rest when a salvo of shells landed nearby. As McInnis looked to see where they had landed he noticed the wall of the trench he was in falling towards him. At first he struggled to free himself from the soft earth, but as it settled and compressed he realised it was slowly crushing him. Fortunately, members of his unit saw what had happened and successfully dug him out. In 1917 he attended several training courses, received a promotion to lieutenant, and participated in the battle at Passchendaele. McInnis' last major action on the front would be at the pivotal battle of St. Quentin Canal in September 1918.

After the Armistice McInnis went to London, and on 23 March 1919 he left for Australia. He later married and went on to have an extensive career in town planning. Ronald McInnis died at Hobart, Tasmania on 8 May 1982. 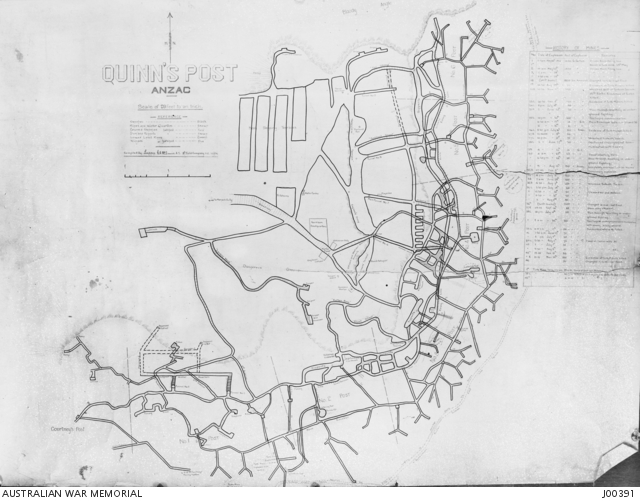 Map of Quinns Post, at Anzac, showing trench lines. The map was compiled by Sapper Ronald ... 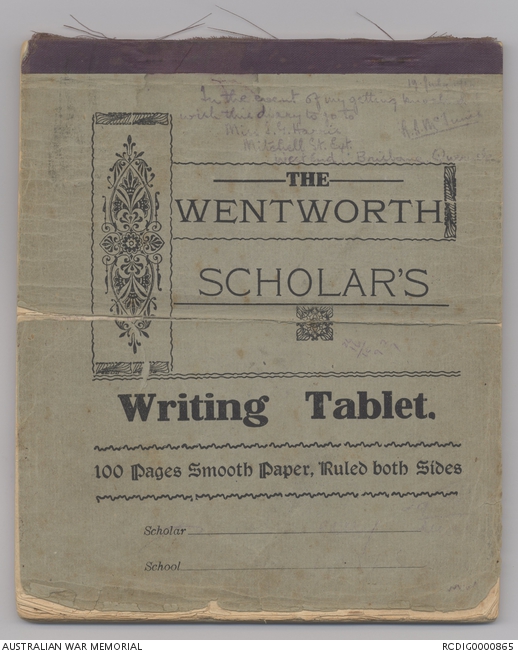 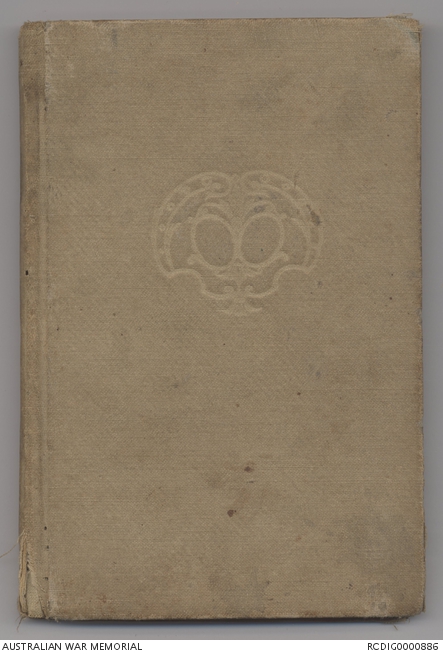