Thomas Rampton Hunter was born in Boxhill, Victoria, on 13 July 1914 to parents Henry Lewis and Beatrice May (née Richards) Hunter. Thomas worked as a salesman before enlisting to serve in the Second World War on 10 June 1940, at Caulfield.

During his service, Hunter spent two years in the Middle East with the 2/1 Australian Topographical Survey company. He was discharged on 28 November 1945. Hunter’s letters home during his service reveal an interest in diverse cultures and landscapes, and he sought to continue working overseas following the war. In 1943 he applied for post war employment in an administrative capacity on an island in the South West Pacific under Australian Administration.

Hunter returned from overseas to settle in Melbourne, and worked as a department manager. It is believed that he married Lorna Vivian Walding. Thomas Rampton Hunter died on 28 July 2001 at the age of 87, and was buried at Andersons Creek Cemetery in Warrandyte, Manningham City, Victoria, Australia. 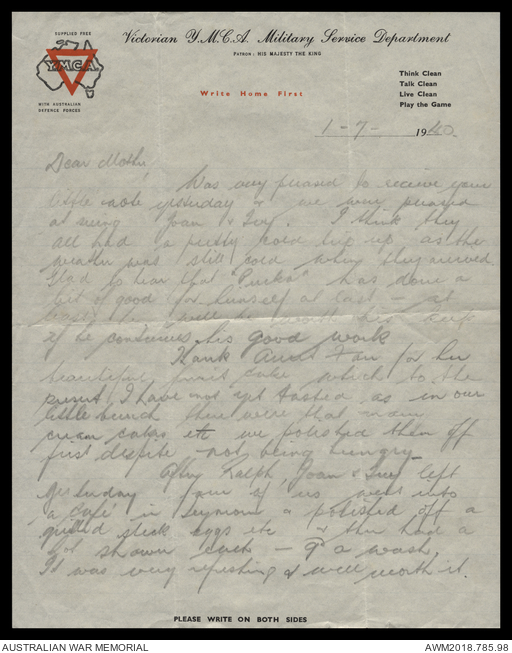