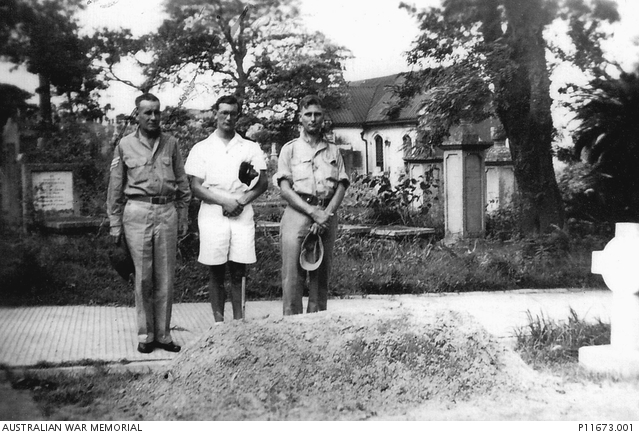 Grave site of Private (Pte) James William Adams, 2/21 Battalion with three unidentified servicemen. Pte Adams enlisted on 18 February 1941 at Royal Park, Victoria and was taken prisoner of war (POW) at Ambon, Netherlands East Indies. Pte Adams died of illness on 1 October 1945 on board the Royal Navy Hospital Ship HMHS Gerusalemme, while it was docked in Victoria Harbour, Hong Kong. The Gerusalemme was transporting 139 released POWs, 56 of them Australian, from Hong Kong to Australia, and was scheduled to rendezvous with the Hospital Ship Maunganui in Manilla, when it was ordered to return to Hong Kong.