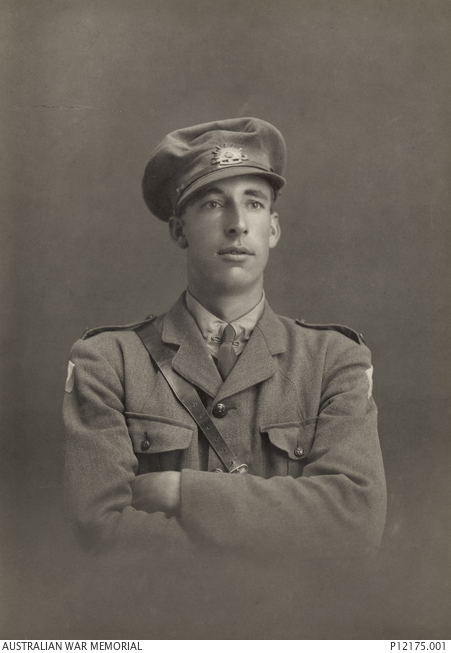 Studio portrait of Second Lieutenant (2nd Lt) Ellis Austin William Smith, 28th Battalion, of Claremont, WA. Formerly a wool classer, 2nd Lt Smith enlisted as 1862 Gunner Smith, with the 3rd Field Artillery Brigade on 7 August 1914 and as a member of the 6th Battery he embarked from Fremantle, WA, aboard HMAT Medic (A7) on 31 October 1914. He served at Gallipoli where he was wounded in action and later on the Western Front with the 28th Battalion, where he obtained his commission. He was killed in action by shell fire near Polygon Wood on 20 September 1917, aged 23 years.