In 1924, Arthur James Murch abandoned his career as an engineering draughtsman in Sydney to become a full-time artist. His sculptural work won him the 1925 NSW Travelling Art Scholarship, which allowed him to travel to Europe and explore paintings "as if I were a pilgrim traversing the years." When he returned to Australia two years later, he worked as George Lambert's studio assistant until Lambert's death in 1930. In 1933 Murch visited the Lutheran mission at Hermannsburg outside Alice Springs. The following year he took a second trip to Central Australia, this time staying for three months.

In April 1942 he was called up by the government to work at Slazenger's Munitions Annexe at Botany on the design for the butt of the Owen gun. Three months later he was appointed an official war artist. He was paid two guineas per day, had the status of an officer without rank, and all his drawing and painting materials were supplied by the Memorial.

In July, Murch set off by train for Melbourne to paint portraits of the Chief of Naval Staff and the Chief of Air Staff. However, due to their busy schedules this original brief was abandoned, and instead he went north to record the activities of the Australian military stationed in the Northern Territory, as well as the aftermath of the Darwin bombings. His experiences painting in Central Australia during the 1930s meant that he was ideally suited to this assignment.

By October, Murch arrived at Adelaide River, south of Darwin. There he worked with a mobile unit of photographers and spent a fortnight with the RAAF. He struggled to paint in the wet climate of the Northern Territory, and he objected to being restricted by military regulations claiming that he was, "...tied hand and foot. I wasn't allowed to take a camera, and wasn't encouraged, except for an air raid, to write anything. I couldn't be seen taking notes. I was to paint only. I had to avoid seeming a suspicious character."

Shortly after, Murch journeyed to Darwin and while there his health collapsed and he was admitted to hospital. On returning to Sydney in February 1943, he was diagnosed with streptococci infection. Although his field work had ended, he continued his official commission in Sydney, completing 45 paintings and drawings for the Memorial's collection. His appointment concluded on the 17 May 1943.

As an official war artist, Murch saw his role as that of a visual reporter: "What I was anxious to do in drawing and painting was to report, as a newspaper reporter might, the factual nature of things". His paintings of daily life at the Adelaide River camp site represent aspects of Australia's involvement in the Second World War devoid of glamour and heroics. They capture the essential, yet mundane, duties that occurred in the Top End, moments of watching and waiting, and the heat and vastness of the Australian landscape. 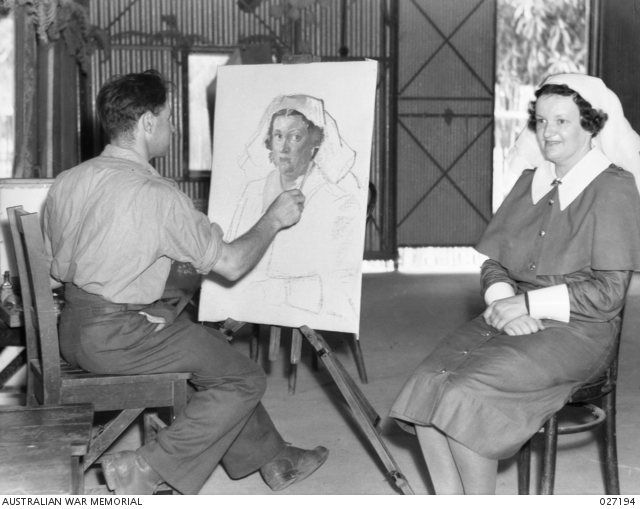