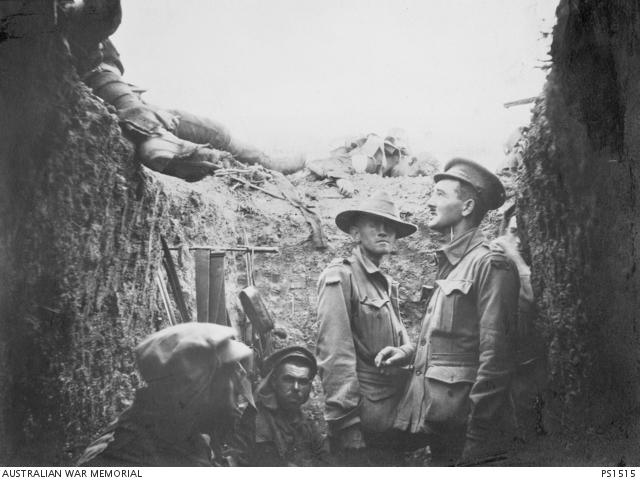 A trench at Lone Pine after the battle, showing Australian and Turkish dead on the parapet. In the foreground standing is Major Leslie Morshead (later Lieutenant General Sir Leslie Morshead) of the 2nd Battalion and on his right (standing), is 527 Private James (Jim) B Bryant of Stawell, Vic. Private Bryant was previously identified as Private Angus Sutherland Allen, later (Captain Angus Sutherland Allen MC), who was killed in action on 21 July 1918 in France.