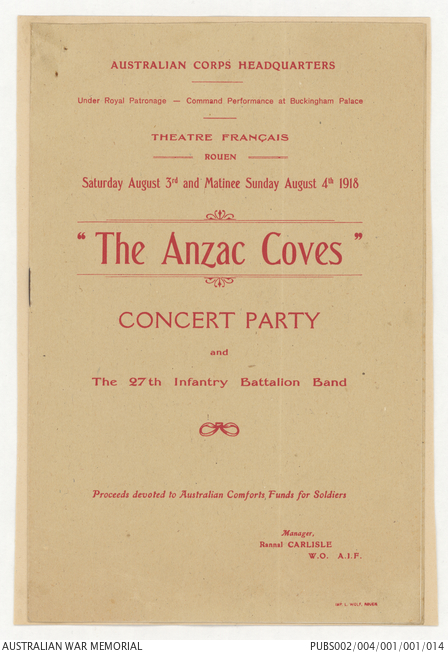 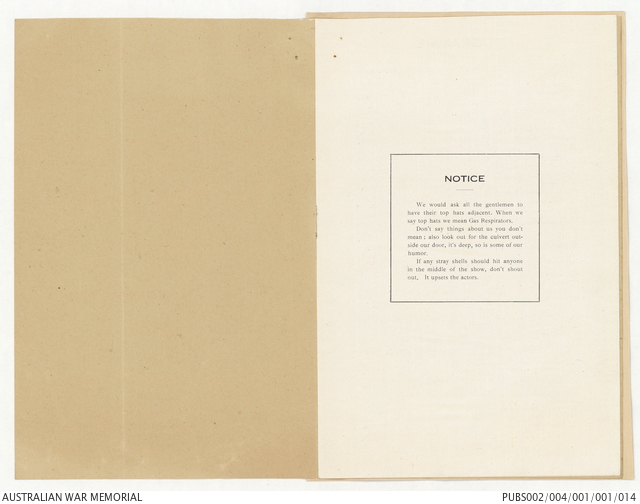 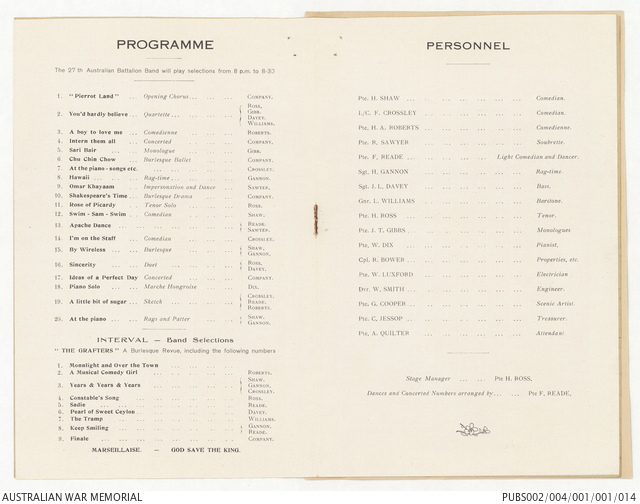 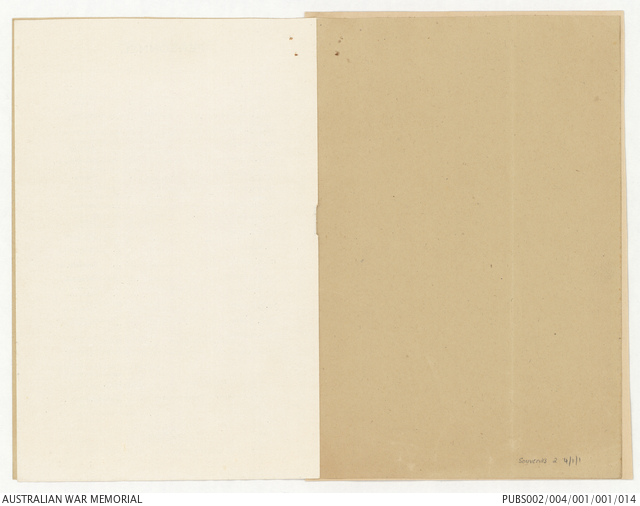 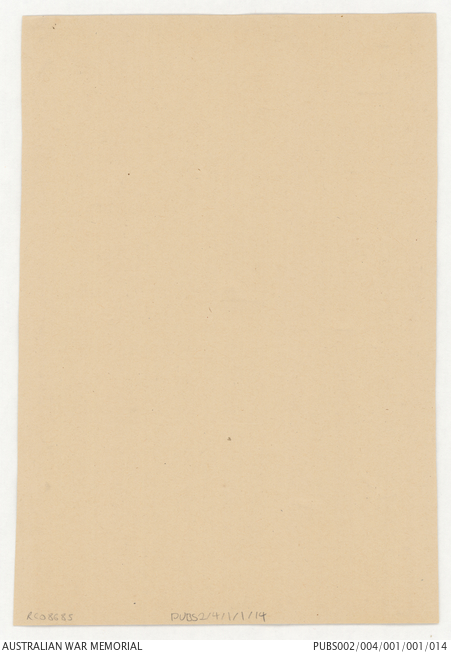 Souvenir program for a concert held during the First World War. This program is for a concert by the ANZAC Coves Concert Party at Theatre Francais in Rouen, France between 3-4 August 1918. The program of entertainment featured vocal performances, piano recitals, comedians, sketches and monologues. The 27 Infantry Battalion Band played selections during the interval from the burlesque revue 'The Grafters'. The program lists the names of performers and their talents.