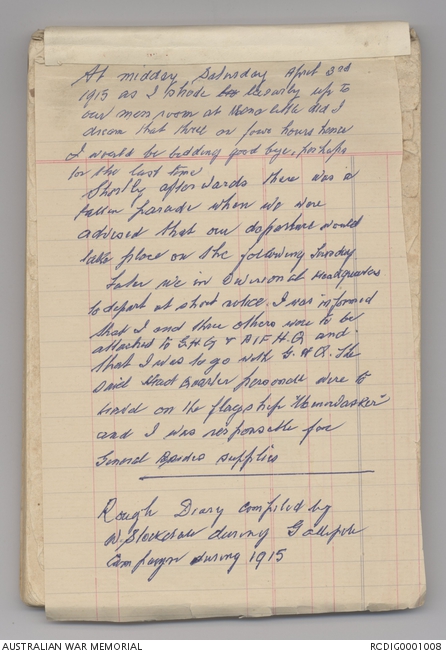 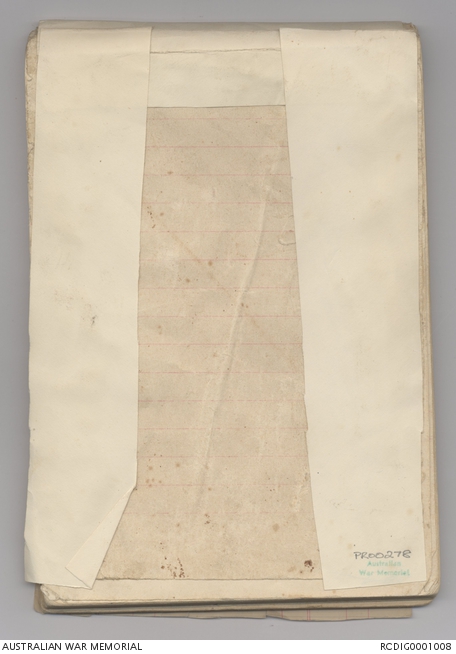 Diary relating to the First World War service of Lieutenant William Stockdale, 1st Divisional Train of the Army Service Corps. In this diary, kept between 3 April 1915 and 12 July 1915, Stockdale describes the Gallipoli campaign and provides a detailed account of the landing on 25 April 1915. He also provides a critique of the campaign and criticises the media coverage of it. Stockdale also mentions the death of Major General William Throsby Bridges on 18 May 1915.