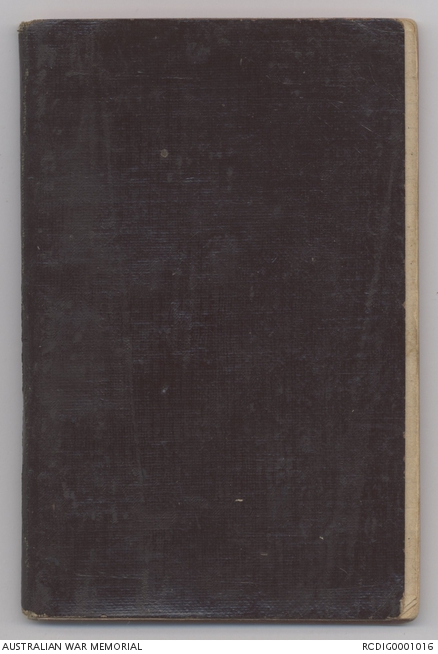 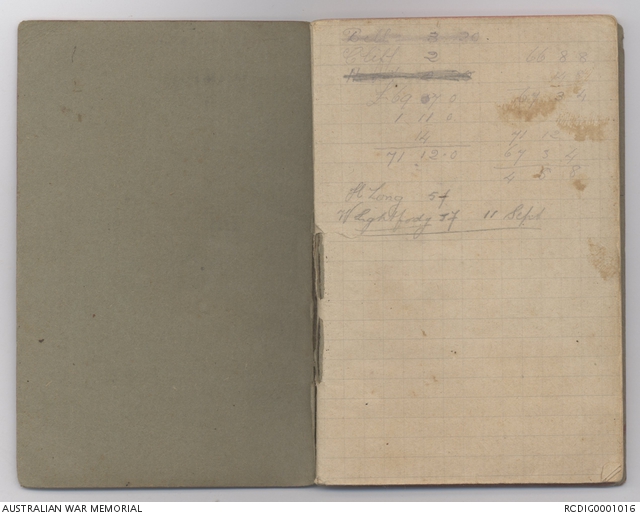 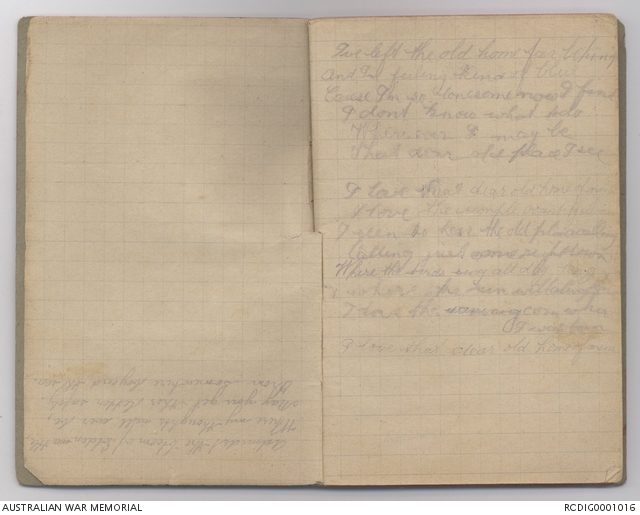 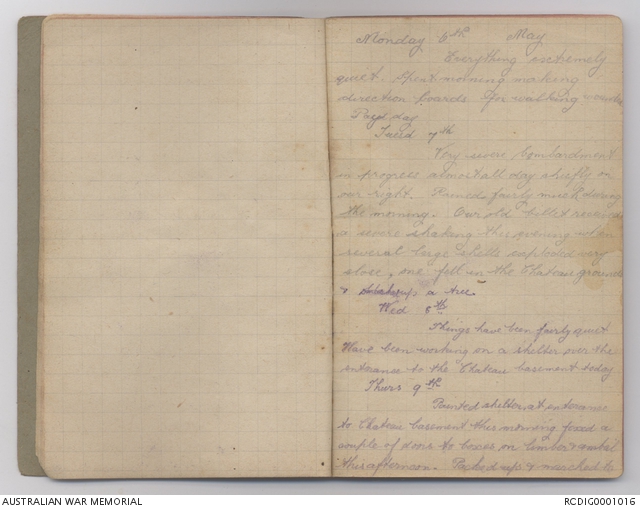 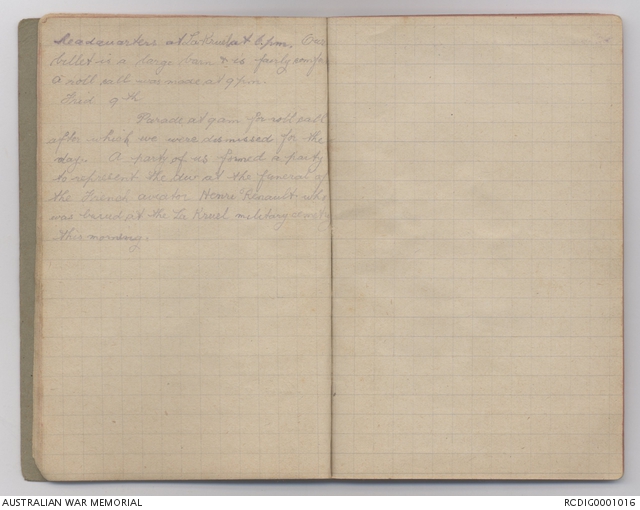 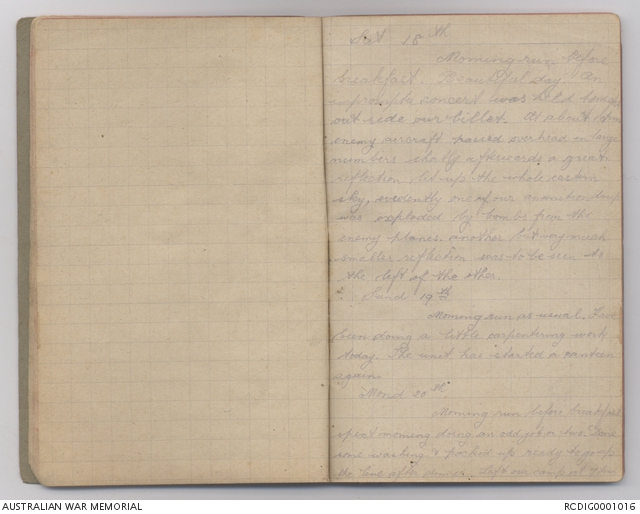 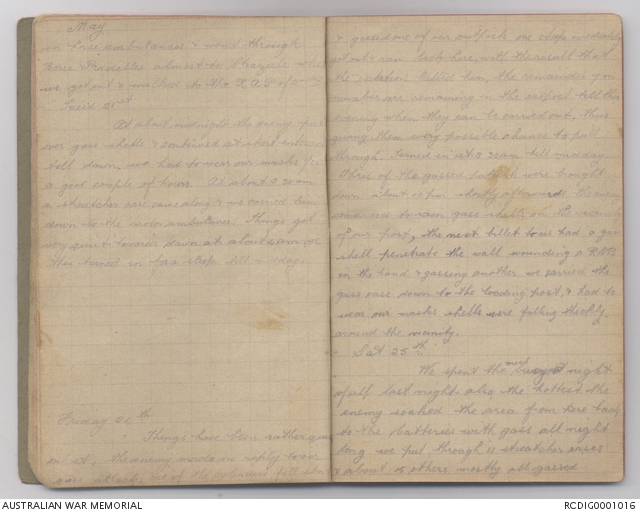 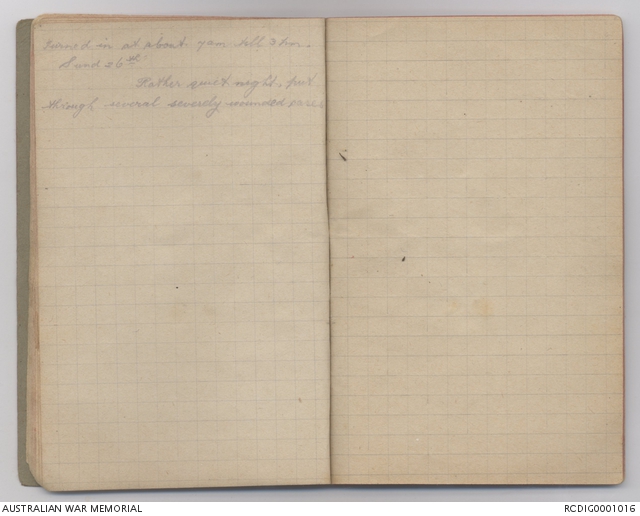 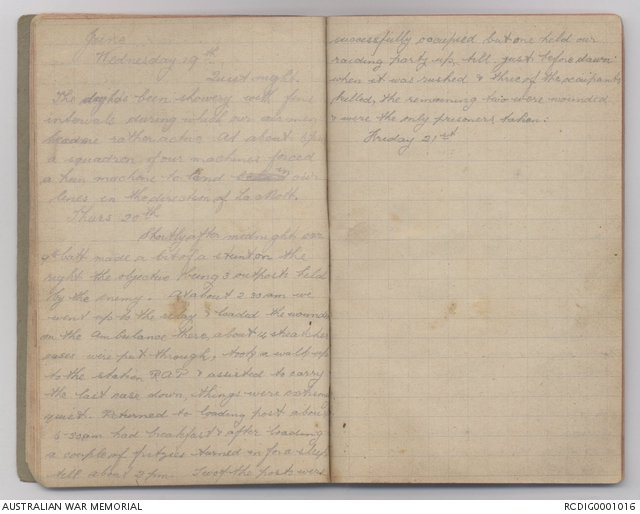 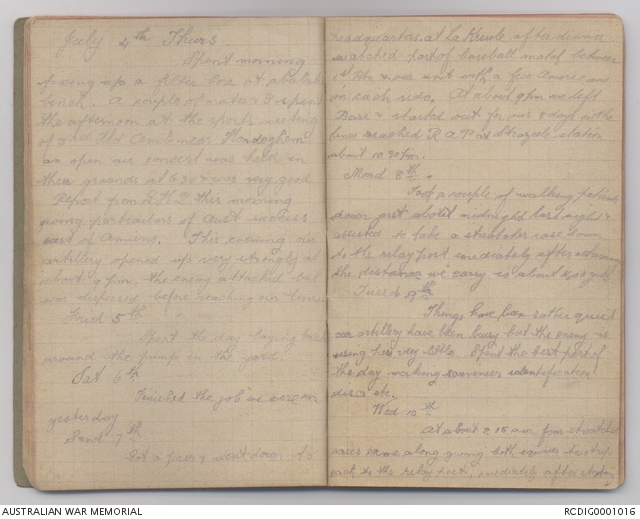 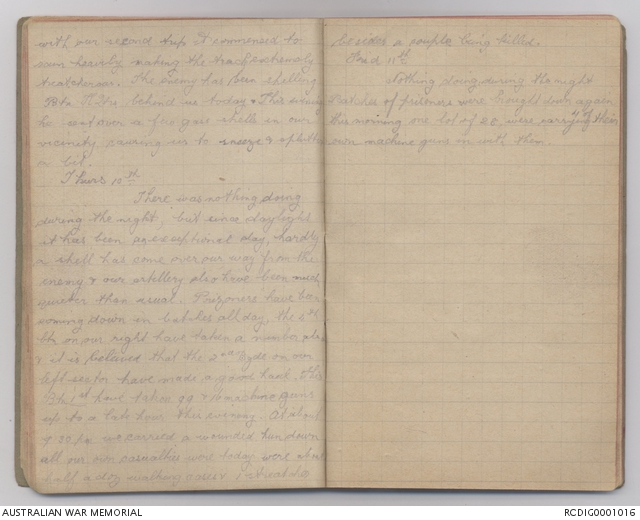 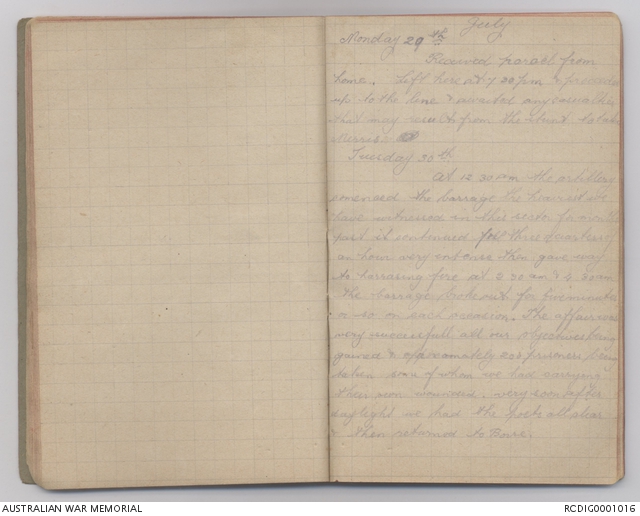 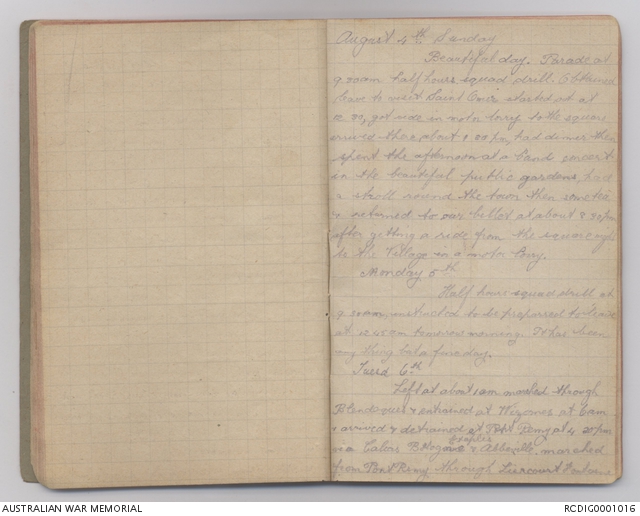 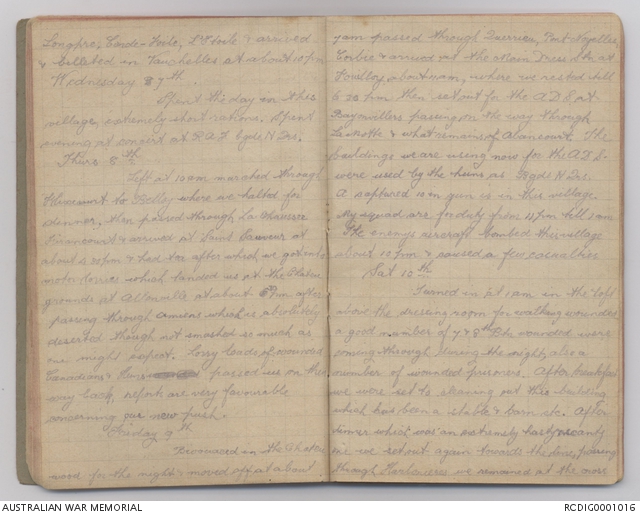 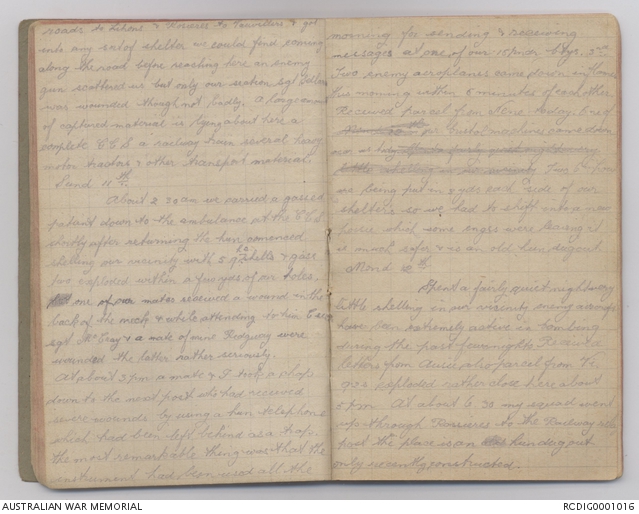 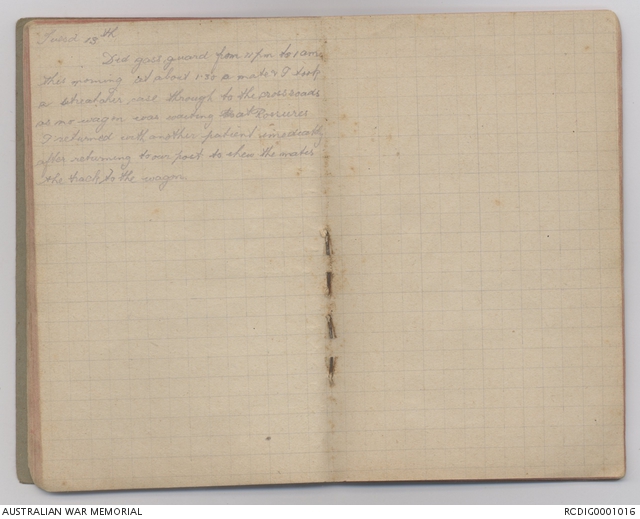 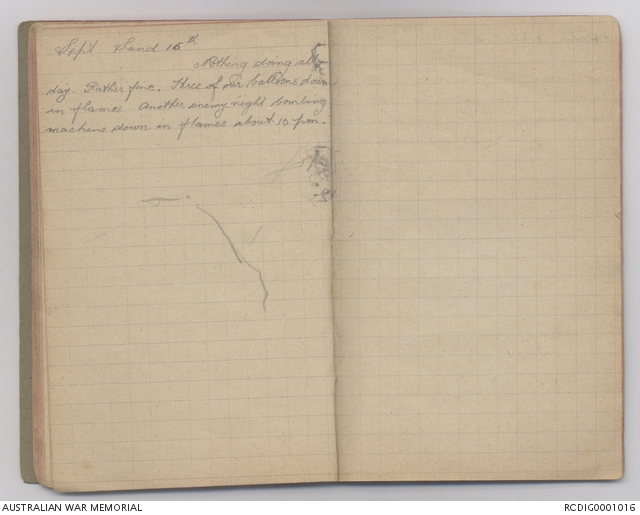 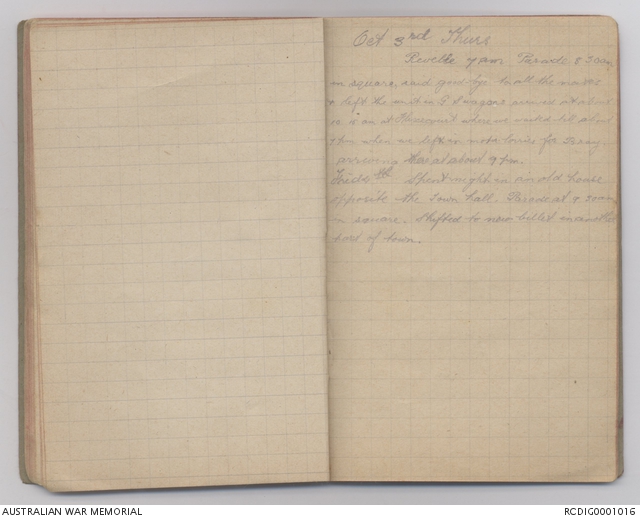 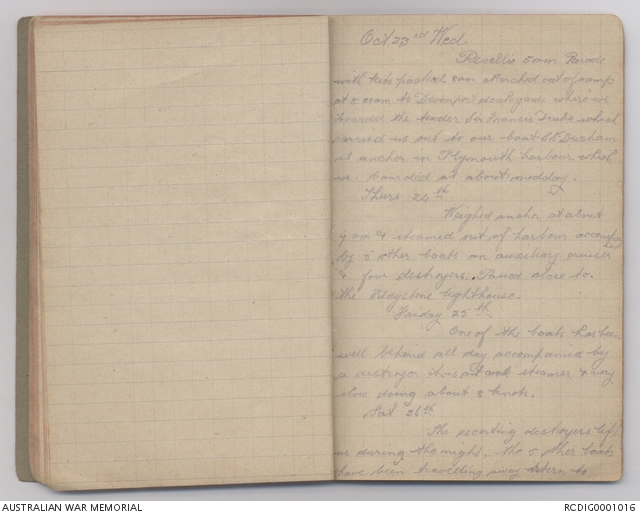 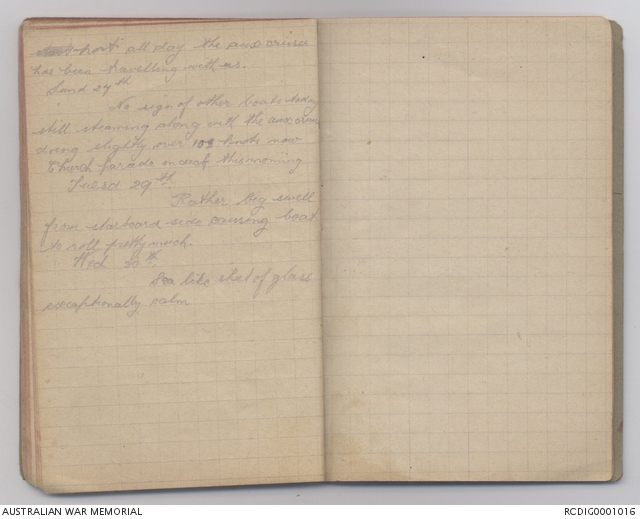 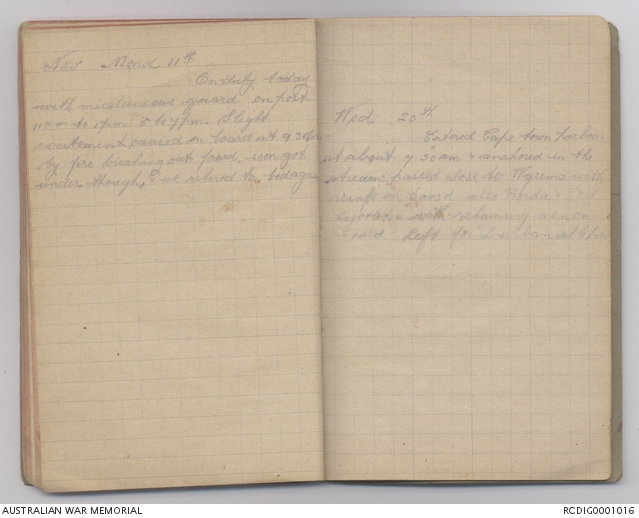 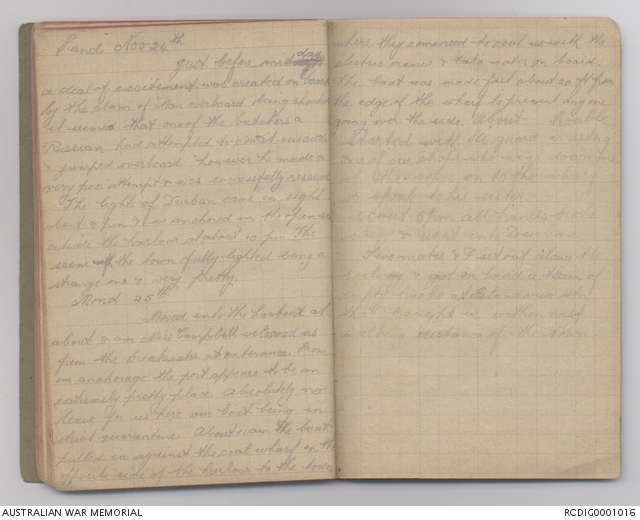 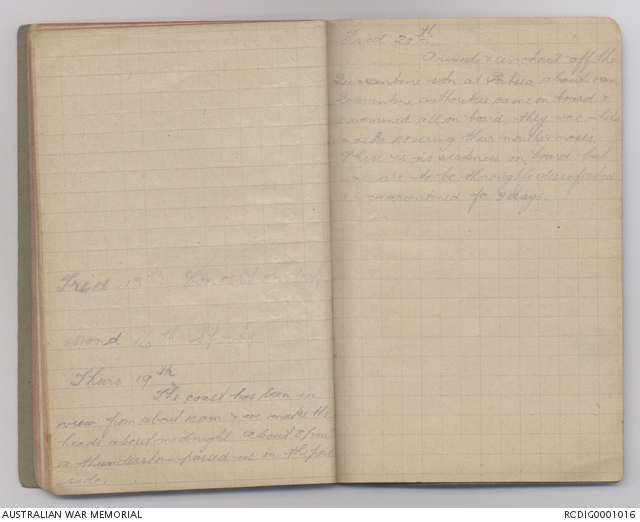 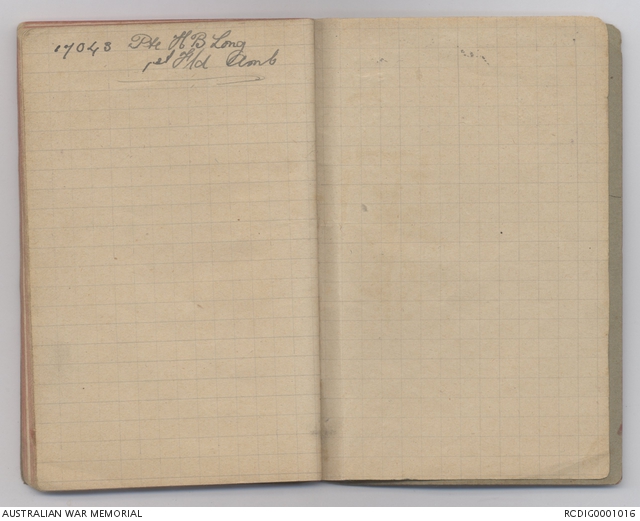 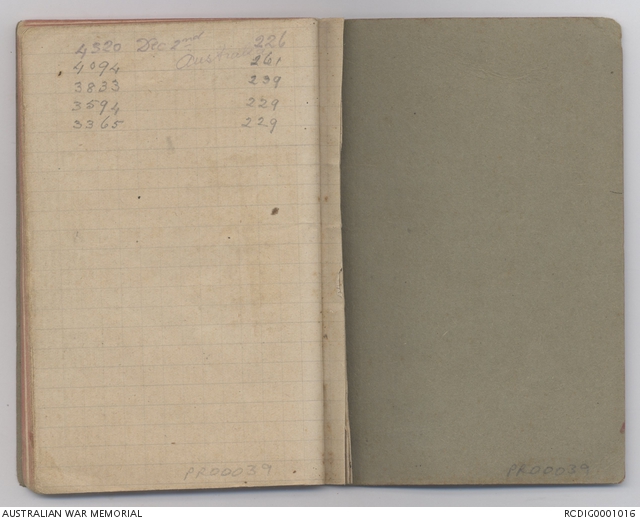 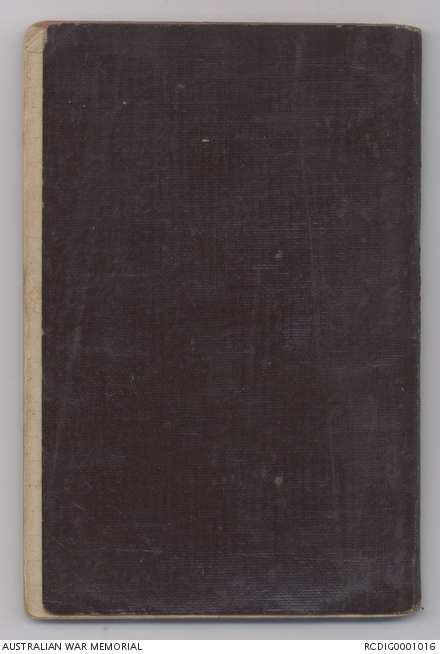 Diary relating to the First World War service of 622 Private Herbert Vincent Reynolds, 1st Australian Field Ambulance. In this diary, kept between 6 May 1918 and 20 [December] 1918, Reynolds describes his continuing service on the Western Front with the 1st Australian Field Ambulance and his subsequent return to Australia. He describes the increasing number of German prisoners of war and the frequent relocations of his unit, as well as his duties treating and transferring wounded on the Western Front. Reynolds also mentions the fighting at Hamel in July 1918. The diary concludes with the account of his return to Australia in late 1918.