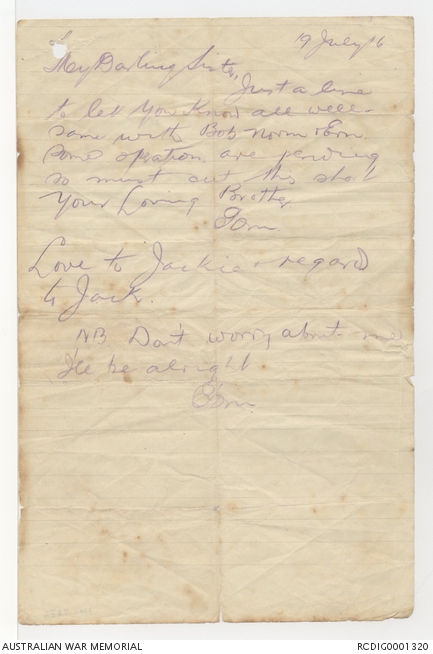 Letter relating to the First World War service of Major Thomas Patrick Elliott, 60th Battalion. In this letter to his sister written on 19 July 1916, Elliott alludes to the coming assault at Fromelles that would take place later that day and asks his sister not to worry about him. Elliott would be killed in action during the assault that same day.