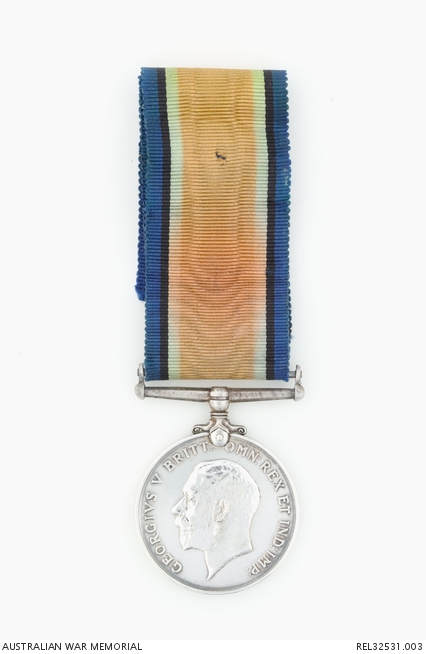 John Valentine Needham was born in Melbourne, Victoria, in February 1882. He was educated in St Kilda, and had served as a member of 'A' Squadron, Victorian Mounted Rifles before enlisting in early 1901 as a private in the Fifth Victorian (Mounted Rifles) Contingent for the war in South Africa. He saw service in the Transvaal, Orange Free State and Cape Colony, and may have been present in the action at Wilmansrust on 12 June when a number of men were killed or wounded. After returning from South Africa in 1902, Needham joined the Victorian Scottish Regiment, but later married and trained to become an optician. He was a practising optometrist/refractionist at Richmond, Victoria, before enlisting in the AIF in November 1914. Due to his previous military experience, he was granted a commission, and having attended officers' training school, sailed as one of the original lieutenants of C Company, 24 Battalion, in May 1915. After service at Gallipoli, Needham transferred to 2 Pioneer Battalion, and in France in April 1916 was promoted to captain. In August of the same year, he was wounded and recommended for the Military Cross for his gallantry at Pozieres, but this award was later downgraded to a Mention in Despatches. His health broke down during the following winter, and it was July 1917 before he rejoined his unit from the Pioneer Training Battalion in England. In October, he was again wounded, but remained on duty. Needham returned to Australia in April 1919, but never recovered his health, and died in Melbourne in the early 1920s. Since his death was considered to have been directly caused by his service, his widow received the memorial plaque issued to the next-of-kin of those who gave their lives during the war.