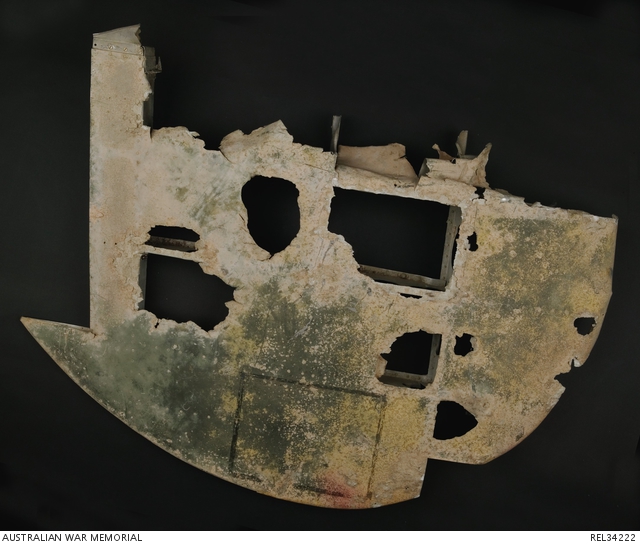 This wing tip is the outboard end of the starboard (right) mainplane. It was severed from Brewster Buffalo A51-5 by the fire that engulfed the aircraft when it crashed during an attempted precautionary landing on 25 September 1942 in Derby, WA. The Brewster Buffalo was a single engined fighter, which was designed and built in the USA by Brewster. The wing tip is damaged on the underside by corrosion, while the top surface retains part of its camouflage paintwork. The paint varies from a light green yellow Munsell 2.5 GY 5/2 to a darker green yellow Munsell 2.5 GY 4/2. It is unclear whether the colour variation represents two differing applied colours or differing survival of the one paint scheme.