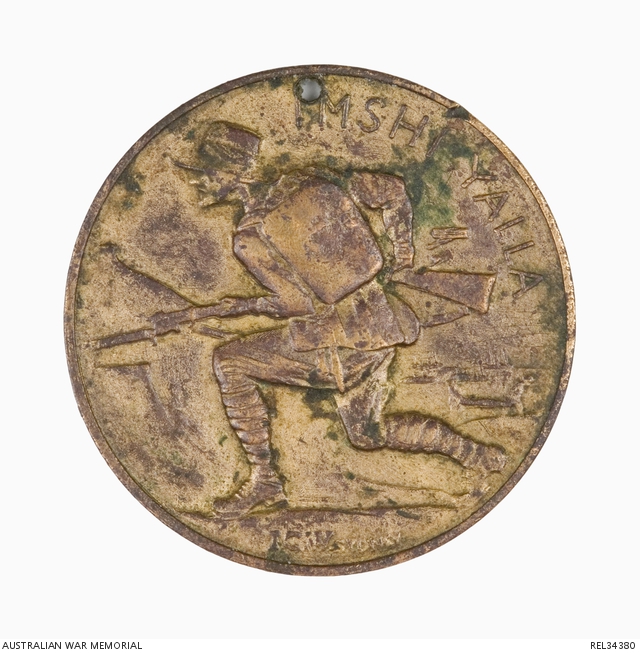 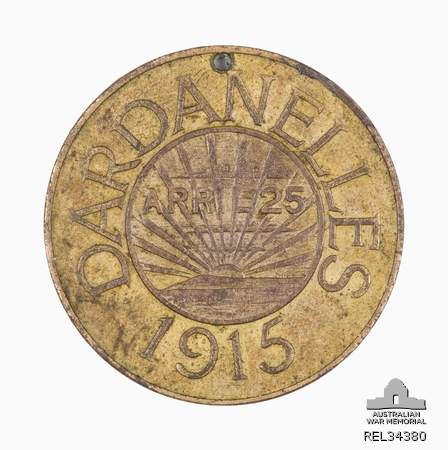 Bronze medalet with an Australian soldier and the words 'IMSHI YALLA' on the obverse and 'DARDANELLES 1915' and 'APRIL 25' on the reverse. A small suspension hole has been drilled through the top of the medalet.

This fundraising medalet was designed by I G Wright of Sydney and struck by the medal maker and engraver Amor Pty Ltd, also of Sydney. It was issued by the Arts and Crafts Association of Sydney to commemorate the Australian landings at Gallipoli in 1915. Versions were produced in bronze, silver and gold. The medalet’s obverse depicts an attacking Australian solder and the words ‘IMSHI YALLA’. This phrase, an indecorous way of saying ‘Go away!’, was learned by Australian troops in the streets of Cairo during the early stages of the First World War.