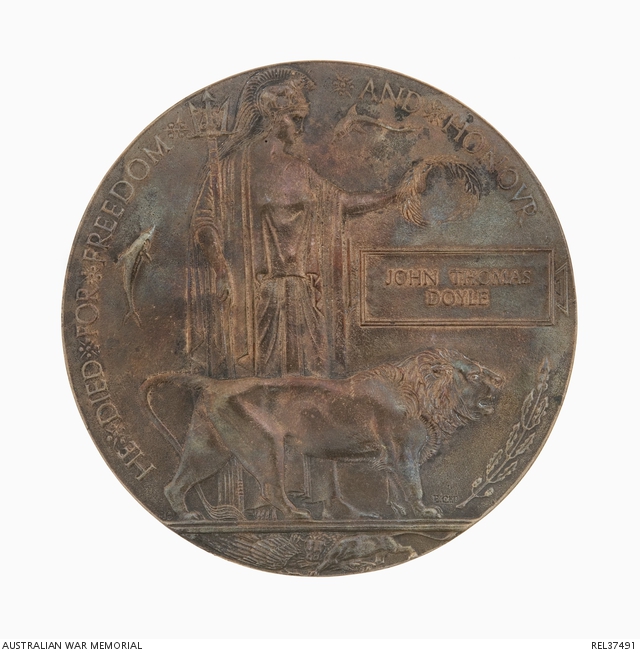 Bronze next of kin plaque showing Britannia and a lion together with the words 'HE DIED FOR FREEDOM AND HONOUR'. The name of the dead soldier, 'JOHN THOMAS DOYLE', is inscribed in raised letters within a raised rectangle.

Next of kin plaque presented to the family of John Thomas Doyle. 869 Private John Thomas 'Jack' Doyle enlisted in the AIF on 21 July 1915. A labourer from Manilla, NSW, Doyle was only 16 at the time of his enlistment but stated his age to be 18. He joined D Company, 30 Battalion and sailed for Egypt aboard HMAT Beltana on 11 December. In June 1916 Doyle travelled to France for service on the Western Front. He was in France only a few weeks before he was killed in action at Fromelles on 20 July. His brother, 2587 Private George Doyle, served with 3 Battalion and was killed on the Western Front on 23 August 1918. Both brothers' medals and next of kin plaques are held in the Memorial's collection.