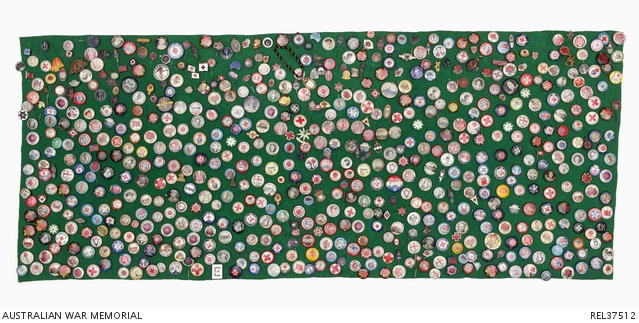 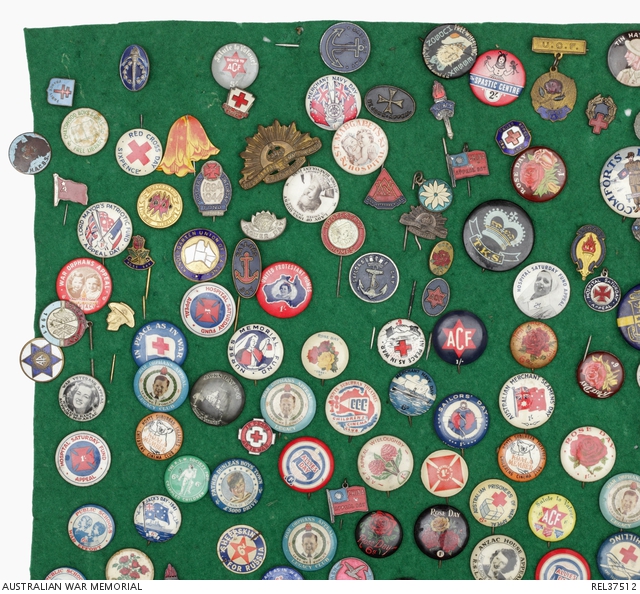 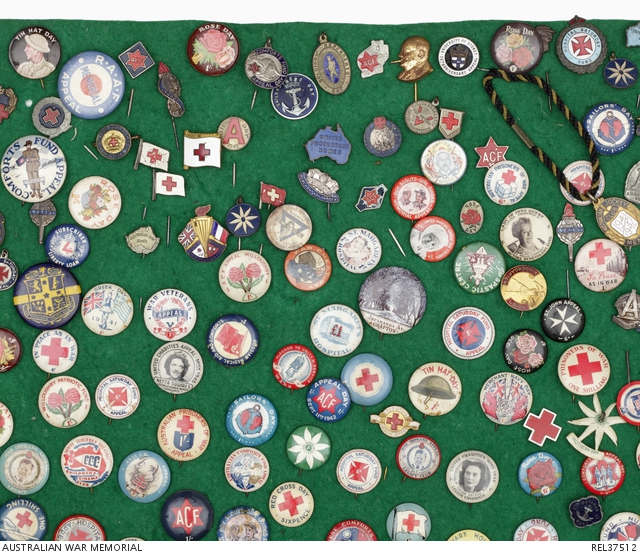 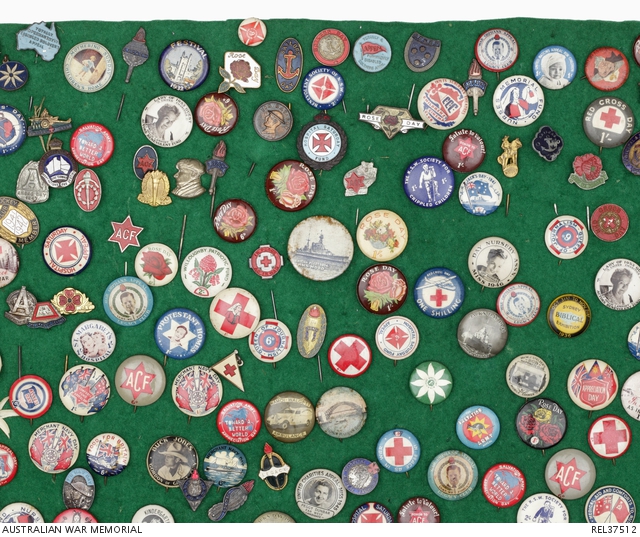 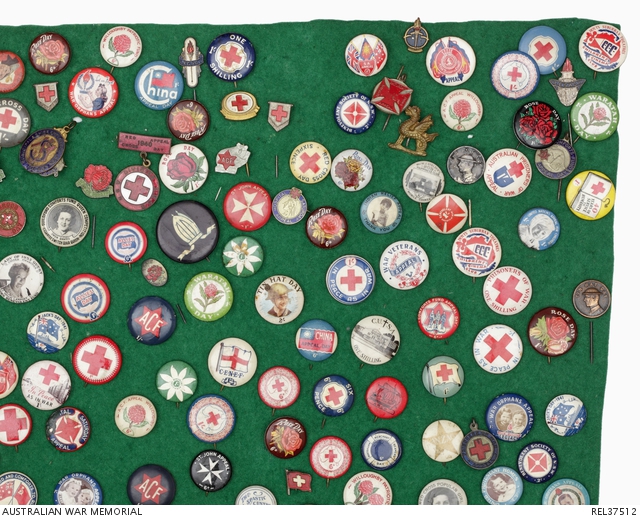 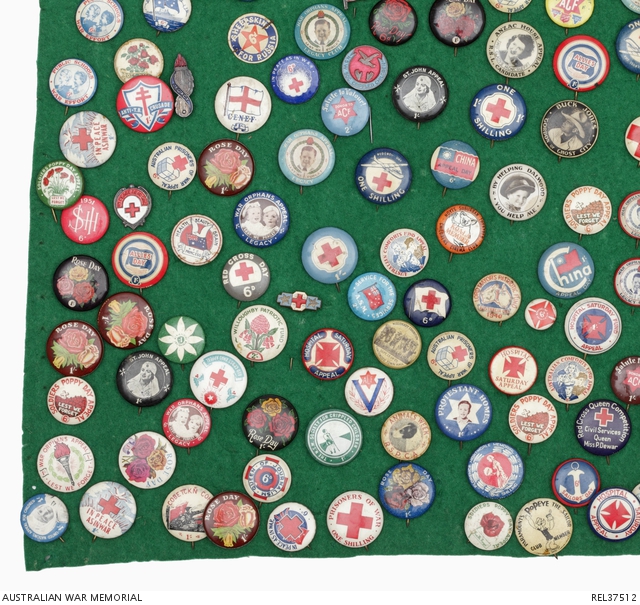 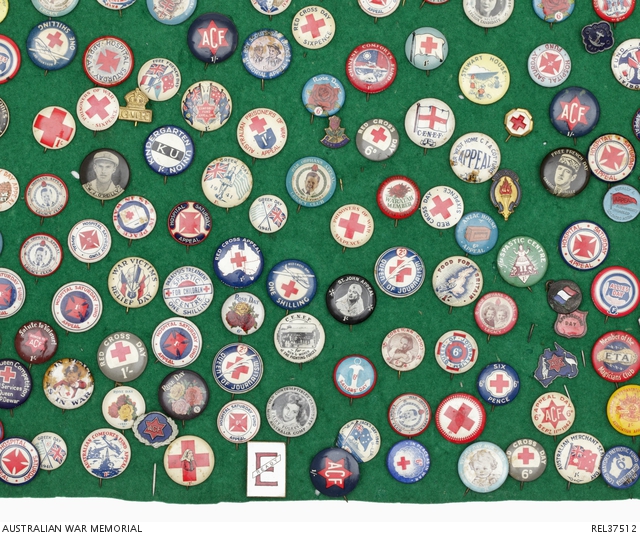 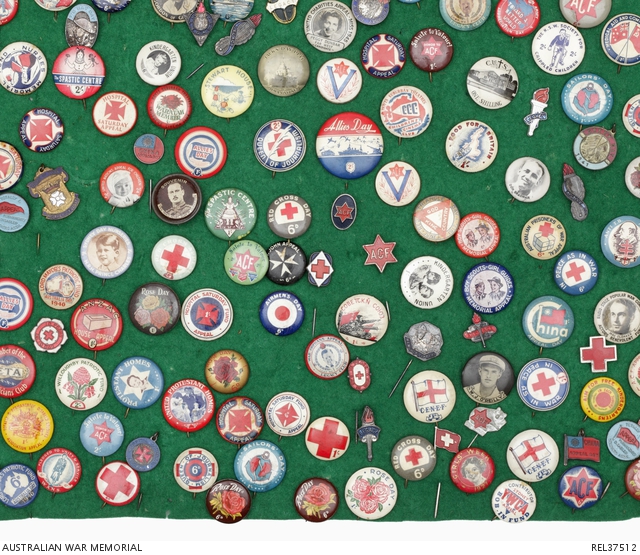 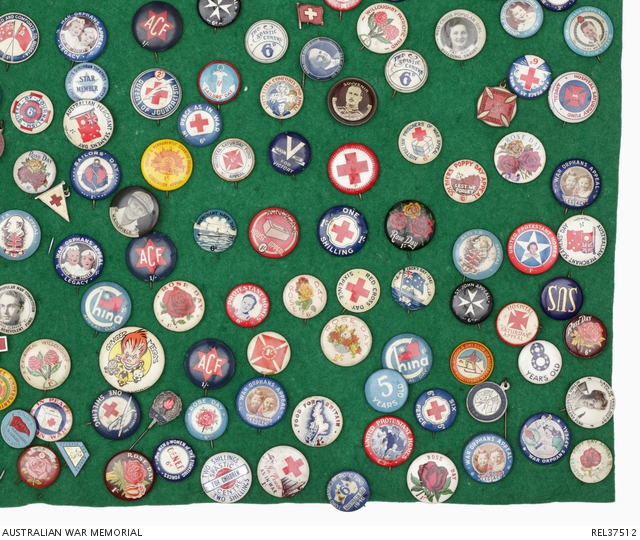 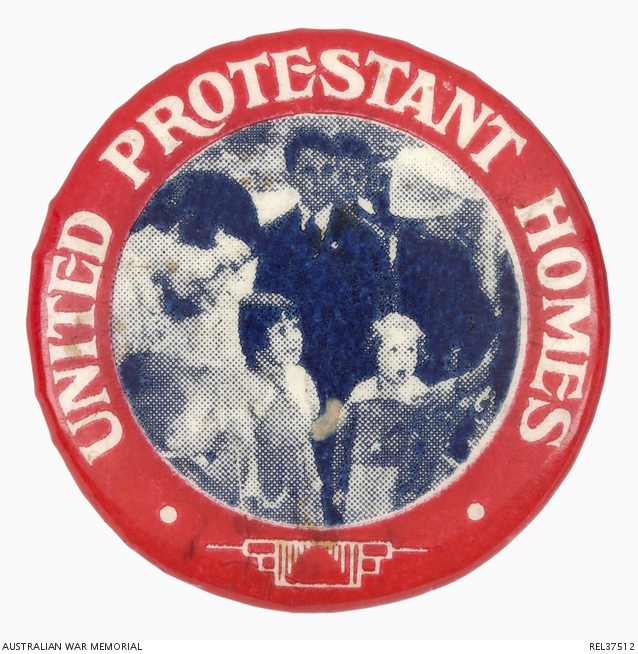 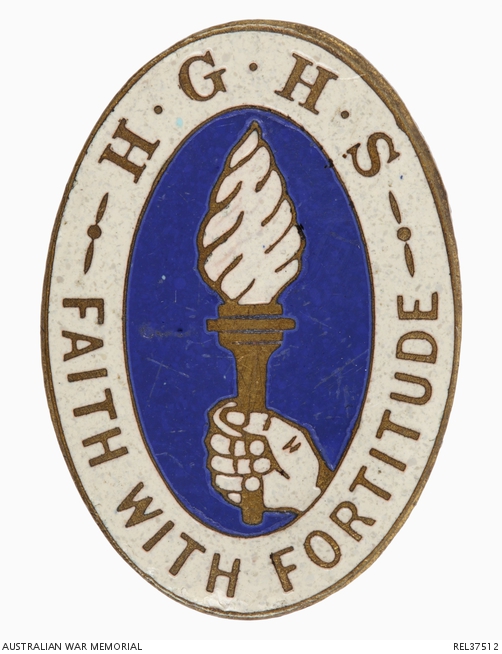 Collection of approximately 600 fundraising, patriotic and membership badges mounted on a large piece of green felt. The majority relate to fundraising for troops during the Second World War; others relate to support for various civilian charities between 1923 and c 1950. There are also a number of badges relating specifically to Janette Kitchener's (b 1936) childhood : badges for her 5th and 8th birthdays, membership badges for children attending Hoyts and Paramount cinemas and a library membership badge.

Amongst the specifically wartime badges are a large proportion of Red Cross badges - over a hundred in various formats - as well as multiple examples supporting Merchant Navy Day; War Veterans Appeal; Flower Day; Rose Day (in both pre-war and wartime formats); Australian Comforts Fund; China Appeal; Furs for Russia; Greek Day; Jack's Day; Poppy Day and Anzac Day. There are also a number of photographic badges featuring contestants in such appeals as the Miss Anzac Appeal, the Civil Services Queen and the Red Cross Queen Competition over the 1939 - 1945 period.

There are also a small number of trade union membership badges possibly related to her father's employment.

Janette Kitchener began her collection of badges as a young girl in approximately 1944, during the Second World War. Her family lived near Chatswood railway station where fund raising badges were often sold on the platform to raise money for the war effort or for charities. A neighbour who travelled into Sydney from Chatswood station every day, 'bought the badges and dropped them into our letterbox for me. About once a month, my mother made me stand on the front verandah to say thank you'. Family friends and relatives also assisted with Janette's collection. The badges were initially pinned to a number of pieces of red cloth. Janette stopped collecting in the early 1950s and the badges were later pinned to a single piece of green felt.