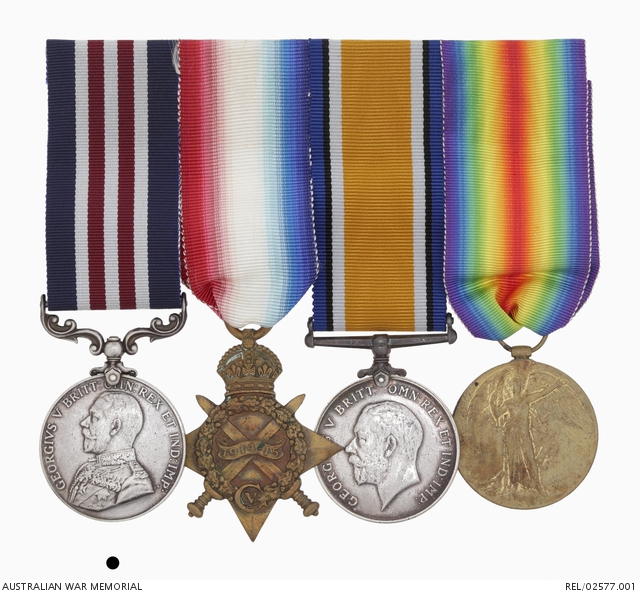 John Charles Aitken was born at Preston, Victoria, in 1882. A tramways employee, he was 32 when he enlisted in the AIF on 18 August 1914. As he had already served in the militia for a total of 14 years, successively in the field artillery, infantry and Army Medical Corps, he was immediately appointed a sergeant in the 2nd Field Ambulance, with the service number 7. Six weeks later he was promoted to staff sergeant.

Aitken sailed from Melbourne for Egypt on 19 October 1914, aboard the transport HMAT A18 Wiltshire, a member of the first convoy of troops to leave Australia. After training in Egypt elements of the unit landed at Gallipoli at 5am on 25 April 1915. Others remained on the transport, which was converted to a temporary hospital ship, taking wounded back to Island of Lemnos and to Alexandria, Egypt. The unit was finally united on Gallipoli at the end of May. Aitken received a special mention in Divisional Orders on 13 July, for gallantry between 6 May and 28 June.

After the evacuation of the ANZAC area in December 1915, the unit returned to Egypt. Aitken was promoted to warrant officer 1st class in March 1916, posted to the 1st Field Ambulance and transferred to France for service on the Western Front. On 27 October he was awarded a retrospective Military Medal for his service on Gallipoli. The recommendation for the award reads: 'For repeated acts of gallantry in bringing wounded men in under heavy rifle and shell fire during the period April 25th to June 28th 1915 at ANZAC'. Aitken was presented with his Military Medal on 18 March 1917 at First Division Headquarters, Fricourt Farm.

In August 1917 Aitken transferred to the 7th Field Ambulance in Belgium, where he was appointed quartermaster and honorary lieutenant. By June 1918 his health had broken down. Diagnosed with emphysema, chronic bronchitis, chronically arthritic knees and a heart condition, he was assessed unfit for active service and returned to Australia as an invalid on 27 September 1918. His appointment with the AIF was terminated on 2 December 1919. Aitken died in 1933.