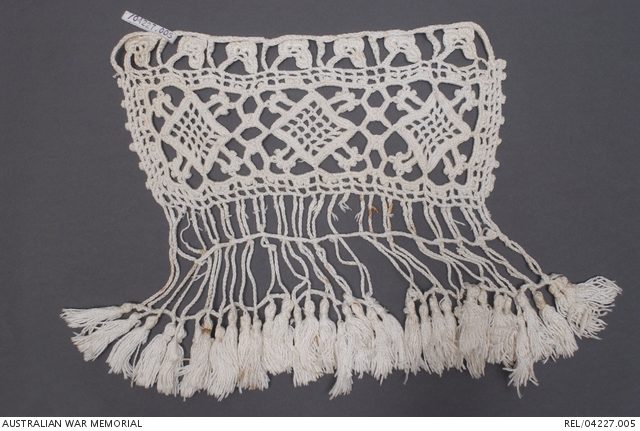 This fly veil, made in Egypt, was bought by Sergeant (later Major) Joseph Henry Nott, either for his horse to wear, or as a souvenir of his service. Nott enlisted on 20 August 1914 and served with 4 Light Horse Regiment, AIF. He was one of a small number of lighthorsemen transferred to work in France after the Gallipoli campaign. He was awarded a Military Cross and bar, and the French Croix de Guerre. Nott returned to Australia on 12 December 1918.