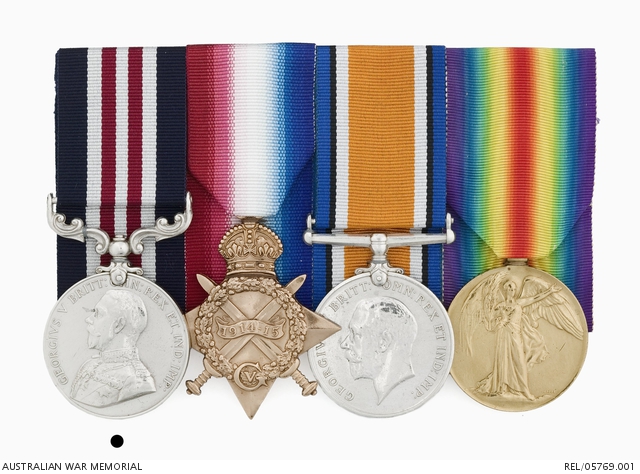 Rachael Pratt was born at Mumbannar, Victoria in 1874 and began her nursing career at Ballarat Hospital in 1909, understating her age by almost 5 years in order to meet the maximum age requirements. In May 1915 she enlisted in the Australian Army Nursing Service and embarked later that same month for Lemnos as a staff nurse with 3 Australian General Hospital where she cared for the wounded from Gallipoli. Following a period in Britain, Pratt was transferred to France in May 1917 and attached to No1 Australian Casualty Clearing Station at Bailleul.

At 3.40 am on the night of 3-4 July, Pratt was on duty attending to a patient when a bomb dropped and exploded close to the tent. Despite suffering serious penetrating shrapnel wounds in the right shoulder and lung she continued to attend to her patient. '[I] felt no pain immediately,' said Pratt later, 'but just the consciousness of having been hit by some terrific weight.' It was reported that 'throughout the whole proceeding she exhibited the utmost coolness and bravery, and by so doing was a conspicuous example to the patients and others, whose confidence was thereby absolutely maintained.'

Pratt was evacuated and underwent an unsuccessful operation to remove shrapnel lodged near the right upper lobe of her lung. The shrapnel, measuring approximately 20 by 7 mm, stayed with her for the remainder of her life. For her courage in the aftermath of the bombing Pratt was awarded the Military Medal. The citation reads, in part, 'for conspicuous gallantry displayed in the performance of her duties on the occasion of hostile air raids on Casualty Clearing Stations in the field.'

Promoted to Sister on the day following the raid, Pratt eventually returned to Australia on 24 October 1918. Her war experiences had a devastating effect on her post war life. She suffered from chronic bronchitis and ongoing mental health issues. Though remembered as 'a most charming lady, well-spoken and highly regarded', the final two decades of her life were marred with debilitating bouts of melancholy and constant depression. Sister Pratt died on 23 March 1954 from complications related to her war service over 35 years earlier.