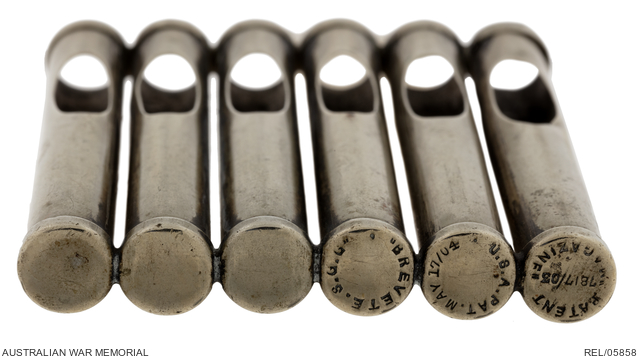 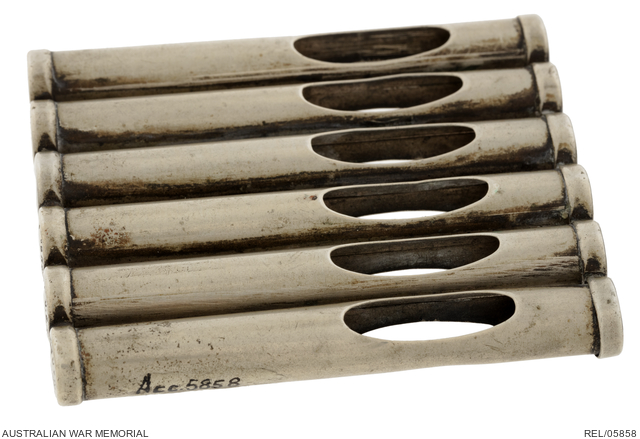 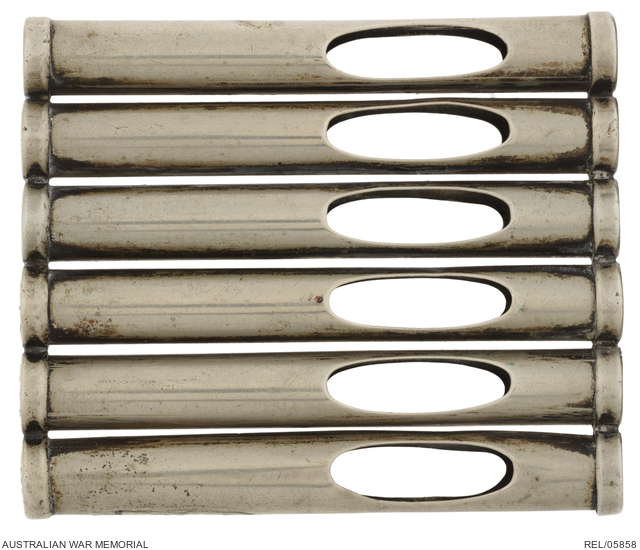 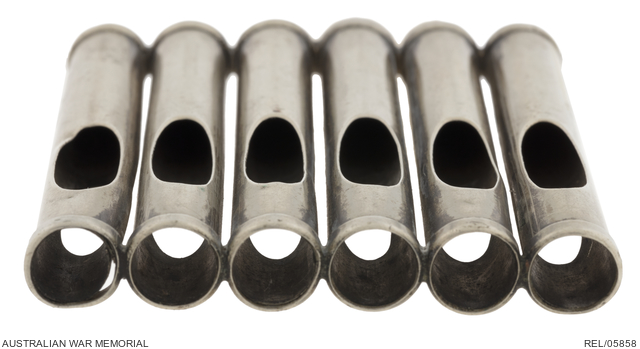 Cigarette pocket holder in the form of six tubes soldered together. Each tube has a cap at its base and two double-sided, elongated slots ether side of its length. The other end of each tube is open. Three tubes are marked on their base: 'PATENT MAGAZINE 7817/03'; 'U.S.A. Pat. May 17/04' and 'Brevete S.G.G.'. Copies have been seen with sterling silver marks and the makers mark of Perry & Co, Chester 1906, but this particular example lacks these markings and is more likely to be a cheaper version made in silver-plated brass.

This case was patented by William Maguire in Birmingham USA on May 17, 1904. It was used by 33296 Driver Harold Benjamin Edgcumbe, a 25 year old electrical mechanic of Malvern, Victoria who enlisted on 30 September 1916 at Melbourne. He embarked from Australia on 11 May 1917 and after training at Larkhill in the UK, crossed to France on 13 September 1917 to serve with the 12th Battery, Australian Field Artillery. In late 1917 he transferred to 47th Battery and qualified as a battery fitter. He served in Belgium and France and was involved in the 8 August 1918 offensive. He was discharged in late 1919.

Because of the American manufacture, this cigarette case may have been a gift, or acquired from an American serviceman.