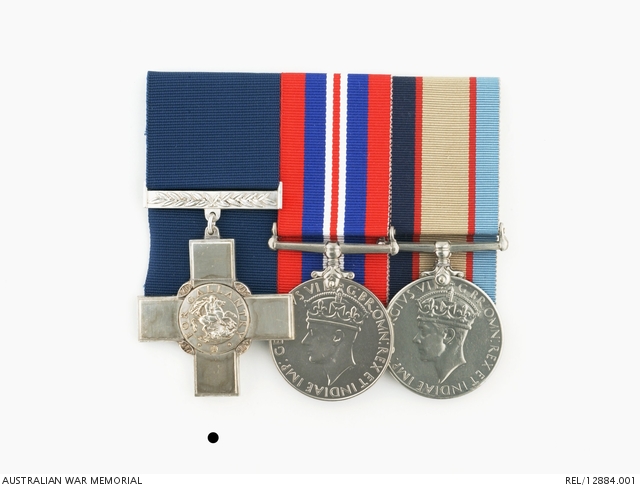 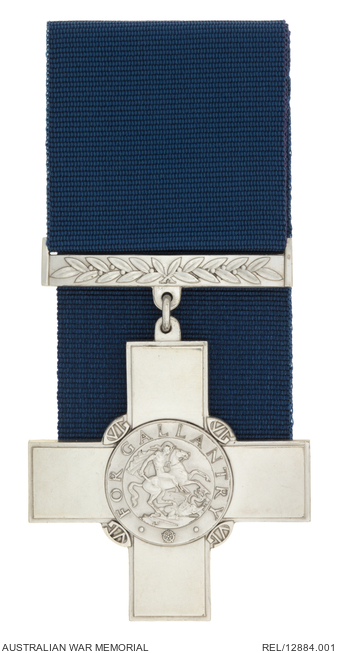 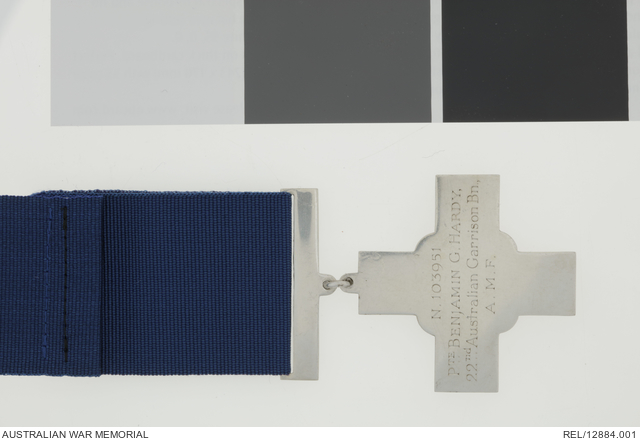 Benjamin Gower Hardy was born at Marrickville, Sydney on 28 August 1898. The single 43 year old motor driver enlisted in September 1941 and posted as private N103951 to the 7th Garrison Battalion. On 12 February 1944, he was transferred to the 22nd Garrison Battalion stationed at the prisoner of war camp near Cowra, NSW.

At around 2am on the morning of 5 August, the Japanese internees staged a mass breakout and swarmed toward the Vickers Machine gun operated by Hardy and Private Ralph Jones. Both men refused to retreat and manned their gun until overwhelmed by the prisoners and killed. For their conduct, both men were awarded posthumous George Crosses. The citation for Hardy's award reads:

'On the night of the 4th-5th August, 1944, [Private Benjamin Gower HARDY] was on duty at the No. 12 Prisoner-of-War Camp, Cowra, as a member of a Vickers M.G. [Machine Gun] Crew, guarding the Compound in which were interned the Japanese Prisoners-of-War.

There were over 1,100 Japanese prisoners in the Compound at the time, and they staged a mass outbreak never before witnessed in the history of the British Empire.

Private HARDY displayed outstanding gallantry and devotion to duty in his fight to death against an overwhelming onslaught of fanatical Japanese who stormed out over the perimeter armed with knives, baseball clubs and other weapons and bore down on the M.G. crew. Private HARDY stood his ground and continued to work his gun until bashed to death by the Japanese who were worked up to a state of frenzy with the objective of either wiping out the Garrison or getting wiped out themselves.

This soldier met his death in the true British spirit of sacrifice for his country.'

Hardy’s widowed mother died just days before the award of his George Cross was announced in September 1950. It was presented to his sister, Beatrice, by Governor General Sir William McKell in Sydney on 21 January 1952.

Hardy's George Cross is accompanied by service medals for the Second World War.