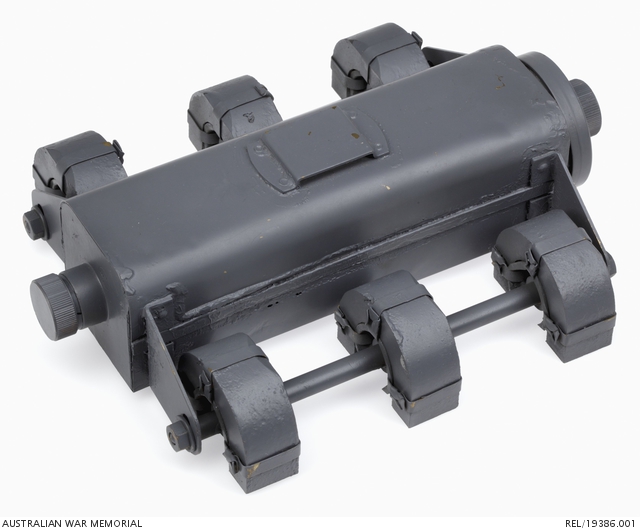 Mk 1 Limpet mine made from metal. The mine has six horseshoe magnets attached to the charge and a rope carry handle. There are no markings.

Limpet mine with AC delay Mk 1 demolition charge as used during the Second World War by Z Special Force Commandos. This mine comes complete with attachment equipment and timer phials. The mine was designed in the 1930s and proved to be extremely effective, with nearly a kilogram of compressed TNT explosives packed into a metallic case which could be attached to a ship's hull using magnets.

Limpet mines were used in Operation Jaywick, conducted by Z Special Unit, Australian Services Reconnaissance Department. On the night of 26th September 1943, six British and 11 Australian army and naval personnel on the Krait placed the mines on ships in Singapore harbour. In this operation, seven ships were sunk. As a result over 30,000 tonnes of shipping was sunk and damaged..