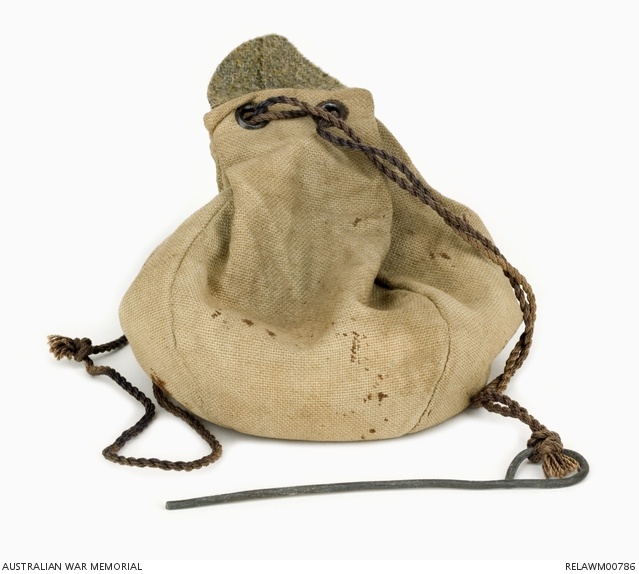 Grey cotton drawstring tobacco pouch. The pouch has a pair of stiffened wool tabs at the top and rivetted steel eyelets to retain the double drawstrings. The drawstrings are made of ersatz twine, and a pipe cleaner made from a length of bent steel wire is attached to the end of one. The pouch contains a quantity of coarse dark 'ersatz' tobacco with a number of larger bark like chips mixed through it.

German soldier's tobacco pouch, found in a position captured by Australian troops at Hamel, on the morning of 4 July 1918. The pouch, which contains a quantity of coarse, low quality 'tobacco' chips, was collected by Captain (later Major) Francis Joseph McAdam, of 37 Battery, Australian Field Artillery. The Allied naval blockade effectively cut off the supply of tobacco products to Germany from 1916 and a variety of plant substitutes (known as ersatz materials) were issued to their soldiers instead.