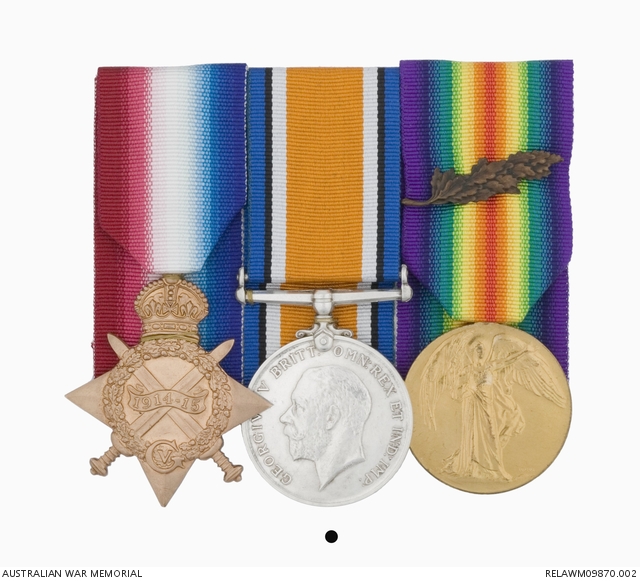 Awarded to Geoffrey Gordon (Geoff) McCrae who was born in 1809 at Lower Hawthorn, Victoria. McRae was an architect and serving as a captain in the Militia with the 58th Infantry Regiment (The Essendon Rifles) when he enlisted in the AIF in August 1914 at Hawthorn, Victoria. He was twice wounded on Gallipoli while serving with 7 Battalion. In 1916, at the express wish of his former battalion commander, Brigadier General H E 'Pompey' Elliott, he was transfered to 60 Battalion, promoted to major and appointed commander of the unit. He was twenty-six years old when he was killed in action on the evening of 19 July 1916 during the battle of Fromelles. McRae was posthumously Mentioned in Despatches and is buried at Rue-Du-Bois Military Cemetery, Fleurbaix, France. He is commemorated by a stained glass window in Christ Church, Hawthorn, Victoria.