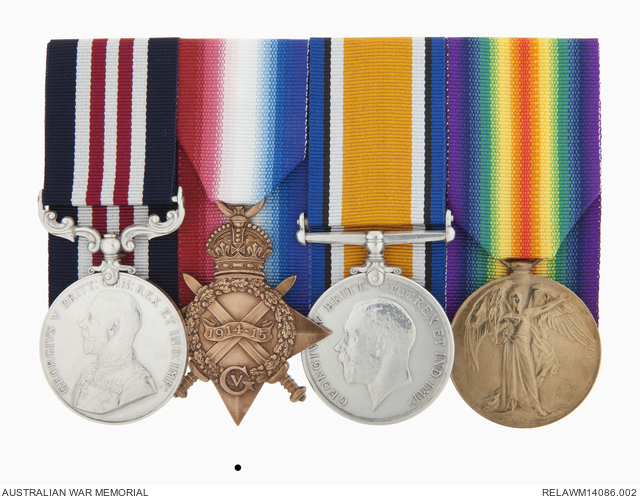 Hubert Hume Corney was a bank clerk from Kyneton, Victoria when he enlisted in the AIF on 28 May 1915 and was posted as private 1764 to the 2nd Reinforcements of 24th Battalion. He joined the battalion near Lone Pine, Gallipoli on 29 September 1915 and stayed in the area till the evacuation off the peninsula in December. In the days prior to the withdrawal he suffered a wound to his left leg though the details are unclear. After hospitalisation he returned to his unit in February 1916.

Corney was promoted to lance corporal in France on 13 August 1916. For his actions as a stretcher bearer under heavy fire at Pozieres two weeks later he was awarded the Military Medal.

In May 1917, now a commissioned officer, Corney transferred to 21st Battalion. Following heavy fighting near Broodseinde, Belgium, on 9 October, he was reported as missing. In February 1918 a court of enquiry declared that Corney was presumed to have been killed in action.

Corney’s mother wrote repeatedly to authorities in an attempt to locate her son's burial place. Finally, in 1920, she received news that her son’s remains had been found. He had been identified by the paybook remaining in his tunic pocket and had been reinterred in the Passchendaele New British Cemetery.

Corney had two brothers who also served in the First World War. Captain Frank Robertson Corney of 26th Battalion, who was awarded the Military Cross at Pozieres, and Driver Charles Frederick Corney of 101st Howitzer Battery. Both men returned to Australia in 1919.