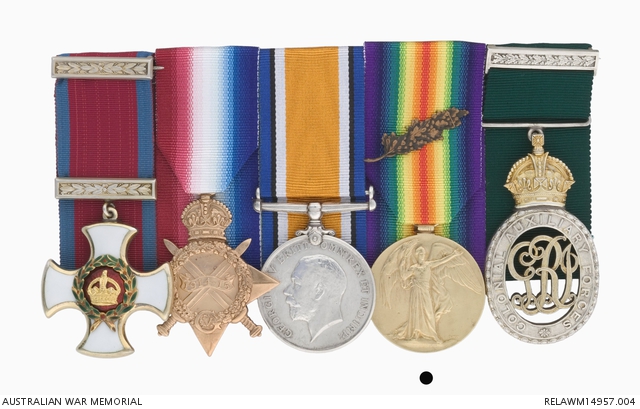 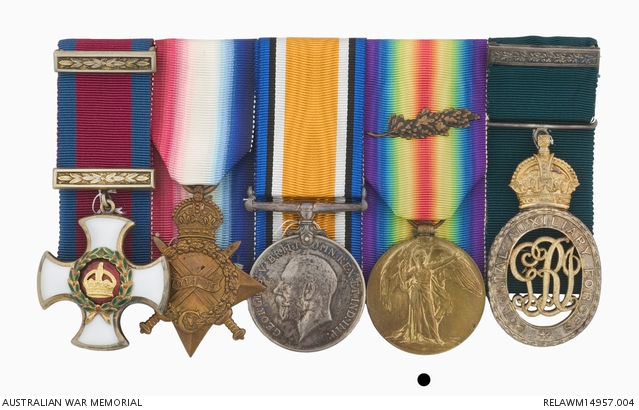 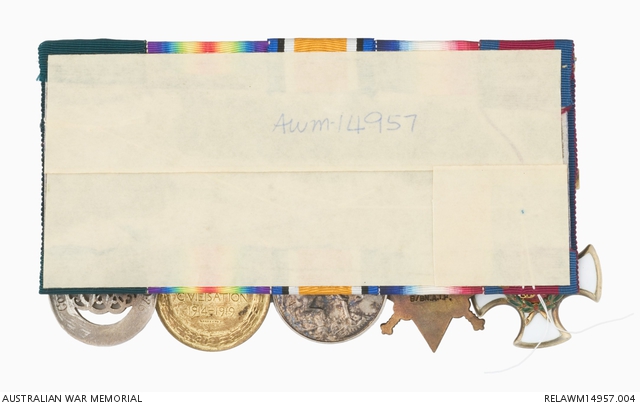 Victory Medal with Mentioned in Despatches oakleaf. Impressed around edge with recipient's details.

Associated with the First World War service of Colonel Arthur Graham 'Bertie' Butler. Before the war Butler was employed as a medical practitioner and joined the Australian Army Medical Corps in 1912, becoming a medical officer of the Moreton Regiment. He enlisted in the Australian Imperial Force as a captain on 20 August 1914 and was appointed a regimental medical officer attached to the 9th Battalion. The Battalion sailed for Egypt in September and as part of the 3rd Brigade, was first ashore at Gallipoli at 4:30 am on 25 April 1915. Butler climbed the cliffs with the leading wave and set up his aid-post between 400 Plateau and Bolton's Ridge.

On 3 June 1915 Butler was awarded the Distinguished Service Order. He also received a Mention in Despatches on 5 August and was promoted to major on 5 October. Butler later served in France, where he was promoted lieutenant colonel on 20 November 1916, and Flanders in 1917. It was here that he was mentioned in despatches on 4 January and 28 December. After the Third battle of Ypres from 31 July 1917 to 10 November 1917, Butler was sent to London to work with the war records section and helped to collate the medical records of the A.I.F. In July 1918 he was promoted to temporary colonel while he commanded the 3rd Australian General Hospital at Abbeville until it closed in June 1919. Before returning home he spent another six months at the Australian War Records Section and was promoted to colonel on 1 November 1919. Butler was demobilised in February 1920 and resumed private practice in Brisbane.