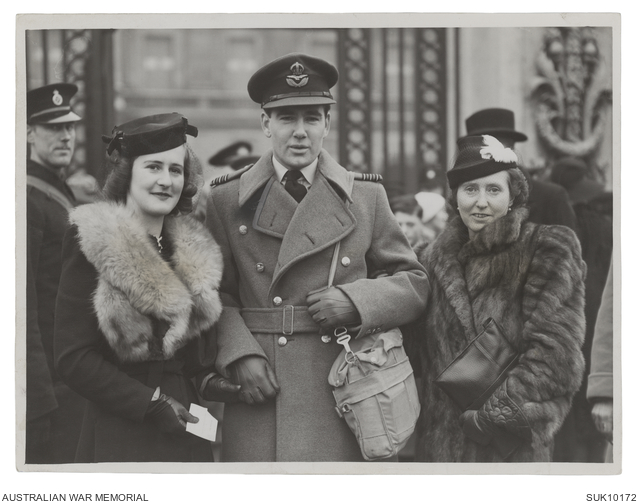 Wing Commander (later Group Captain) Hughie Edwards, the Australian airman serving with the RAF who was awarded the Victoria Cross for his courage and daring in leading a remarkable attack on Bremen, is leaving Buckingham Palace with his wife and mother-in-law after attending an Investiture to receive the decoration. He also received the DFC.