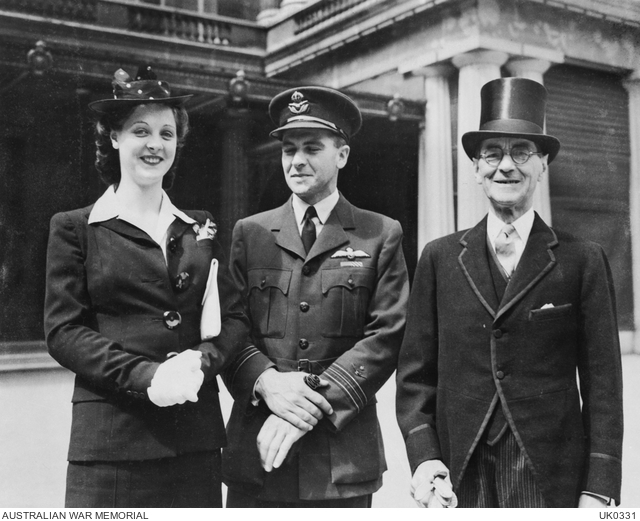 404648 Squadron Leader (Sqn Ldr) William Walter Blessing DSO DFC, RAAF serving with 105 Squadron, RAF of Braidwood NSW (centre) outside Buckingham Palace after an Investiture, with Miss A P Birch (later became his wife) and Mr. H Birch of London. Sqn Ldr Blessing was awarded the DFC for leadership in the low-level daylight attack on the railway workshops at Paderbornand, deep in Germany in March 1943, and the DSO for his part in the daylight attack on the optical glassworks at Jena on 27 May 1943, when he led a flight of Mosquito aircraft through appalling weather and fierce anti-aircraft fire. Sqn Ldr Blessing was lost on operations over Normandy in France on 07 July 1944, and is buried in the La Delivrande War Cemetery near Caen in France.