We gather here today, at the Sandakan Memorial, so that we shall never forget.

Occasionally, there is a word that sums up a collective hell.

In The Great War, Les Carlyon said that families needed only mention Pozières or Passchendaele to explain the loss of a son, husband or father.

We’re not there, not yet, with Sandakan, but we come closer with each telling.

‘their story will not satiate the public longing for battlefield heroes; ...They persist in our collective memory as men of a different order: their courage was not in the line of fire. Their struggle was to live, to stay upright, one step at a time, into the heart of a Japanese hell.’

We do not gather today to rake over old coals or to reprosecute enmities of nearly 80 years ago.

That His Excellency the Japanese Ambassador attended this ceremony last year is to his great credit – and that the Japanese Embassy is here today reinforces that we are now the closest of friends and strategic partners.

That, perhaps more than anything reinforces the futility of war and the loss of such fine young men.

One of the survivors, Ken Botterill, was reported as saying that good men were as a good as dead on the march. There must have been many good men. Nearly 2,500 of them.

These friendships transcend the idea of mateship.

Your friend in Japanese captivity is something much more: a nurse, guide, priest, and grave digger…your friend will feed, clean and bury you…trust in one another is felt in the full consciousness of imminent death’.

Acting Corporal Francis Alan ‘Frank’ Burchnall, who was a Clerk before the war, enlisted on 24 June 1941.

His father, Francis Robert Burchnall, a postman and veteran of the First World War, put down his age and enlisted at the same time, so they could serve together.

After his enlistment, Frank gave his sweetheart, Dorothy Jean Harvey, a brooch featuring an enamelled unit colour patch for the Australian Base and Lines of Communication Units, Australian Army Ordnance Corps.

The Memorial holds this brooch in our collection.

Frank and Jean, had met at primary school, lost touch and then met again as teenagers aged 16 and 15 respectively.  While they expected to be married, they put off their engagement until after the war.

Frank and his dad embarked overseas on 10 January as part of the 8th Division.

Almost immediately, they faced the fall of Singapore on 15 February and became prisoners of war at Changi.

On 7 July, they were transported to Sandakan.  Frank cared for his father when he became ill and nursed him until Francis’ death on 19 May, 1943.  Francis Robert Burchnall was 52.

Jean received only one POW postcard from Frank. He died on 4 June 1945 on the Second Sandakan Death March, aged 23.

We are here today to commemorate and remember what remains the single greatest atrocity committed against Australians in war.

We must pause too to acknowledge the passing this week of Billy Young, the last known survivor of the Sandakan Camp, who died of COVID, aged 96.

We seek to understand, because meaningful commemoration can only be achieved through understanding.

And we remind ourselves of the Memorial’s greatest test, set by the Governor General, Lord Gowrie VC when he opened the Memorial on Armistice Day 1941; when people leave this War Memorial, they must utter ‘never again’.

I welcome you all here today.

We gather to remember, for if we remember, they did not die in vain. 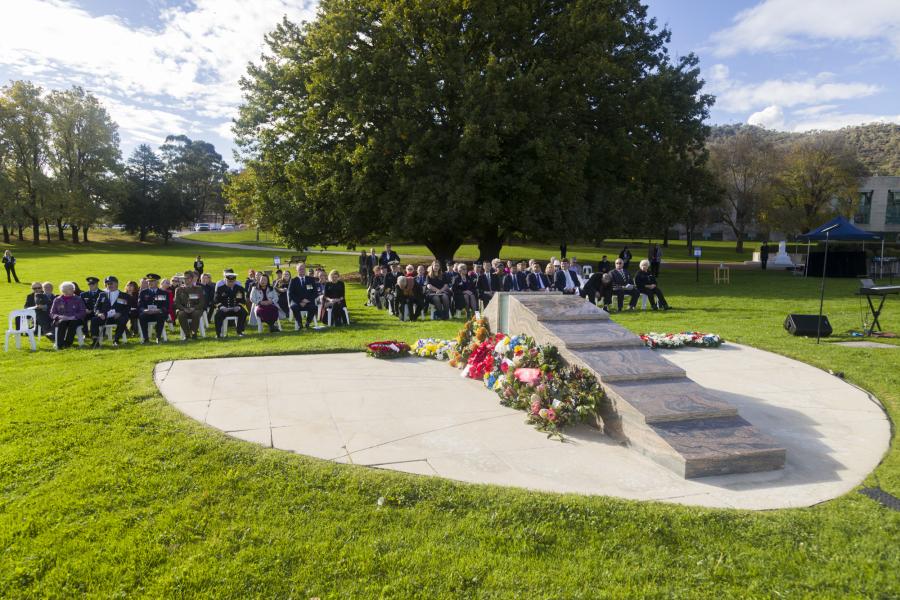 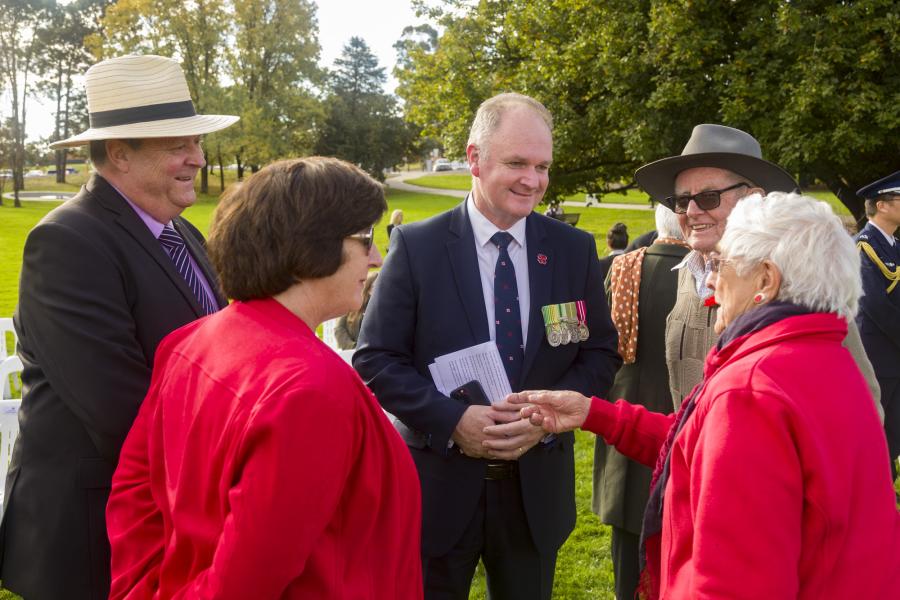 Mr Matt Anderson, Director of the Australian War Memorial with attendees at the commemoration ceremony for the 77th Anniversary of the Sandakan Death Marches - Friday 27 May, 2022.

Photographs can be viewed and downloaded from the AWM Flickr page.