On 11 November 1918, the guns of the Western Front fell silent after four years of continuous warfare. With their armies retreating and close to collapse, German leaders signed an Armistice, bringing to an end the First World War.

The Australian Corps had achieved a fighting reputation out of proportion to their numbers, but victory had come at a heavy cost. In the four years of the war more than 330,000 Australians had served overseas, and more than 60,000 of them had died. The social effects of these losses cast a long shadow over the postwar decades.

There are many ways to commemorate from wherever we are - at home, school or work - this Remembrance Day: 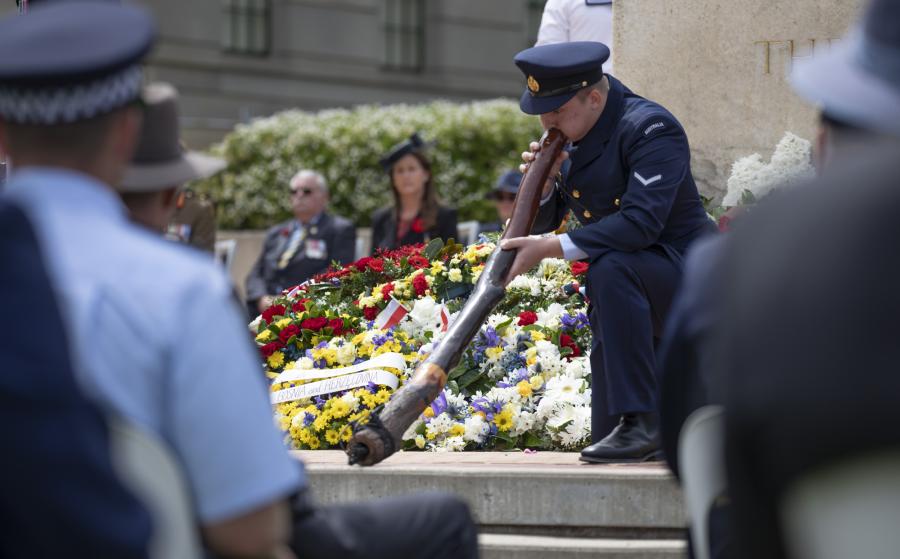 The didgeridoo (or, as it is known by the Traditional Custodians of the Yolngu clans of North East Arnhem Land, the yidaki), is not traditionally played in Ngunnawal country. It was played this Remembrance Day in Canberra with the permission of the Ngunnawal people to acknowledge and pay respect to Aboriginal and Torres Strait Islander men and women who have contributed to the defence of Australia in times of peace and war. 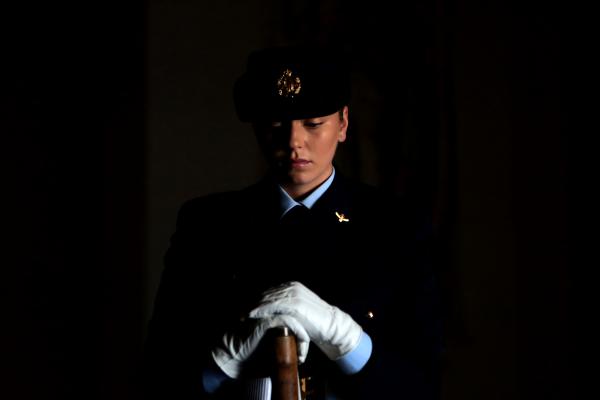 Traditionally on Remembrance Day the Australian War Memorial hosts the nation’s key commemoration. The Remembrance Day National Ceremony included a Catafalque party, formal wreath laying and the observance of a minute’s silence at 11am. The Commemorative Address was given by Australian War Memorial Director, Mr Matt Anderson PSM.
This years ceremony also included the participation and support of Australia’s Federation Guard and the Band of the Royal Military College, Duntroon.

To ensure the health and safety of visitors and staff and in line with the ACT Government’s COVID-19 guidelines, 500 ticketed attendees were permitted at the 2021 National Ceremony. 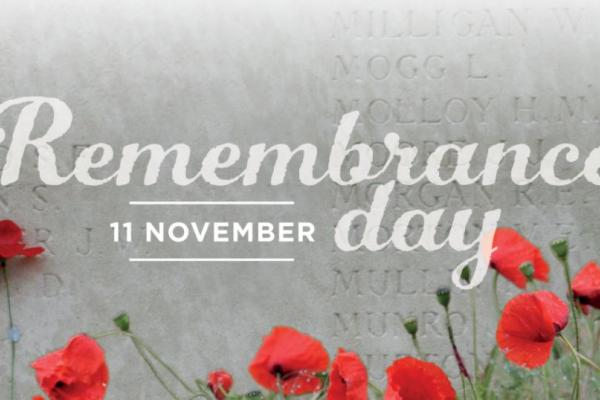 Remembrance Day Kitbag – the Department of Veterans Affairs has put together a kitbag with resources for a Remembrance Day service. It includes a suggested order of service with flag protocols, sample speeches, the Ode of Remembrance and activities for children. The kit also provides ideas for ways you can commemorate at home. 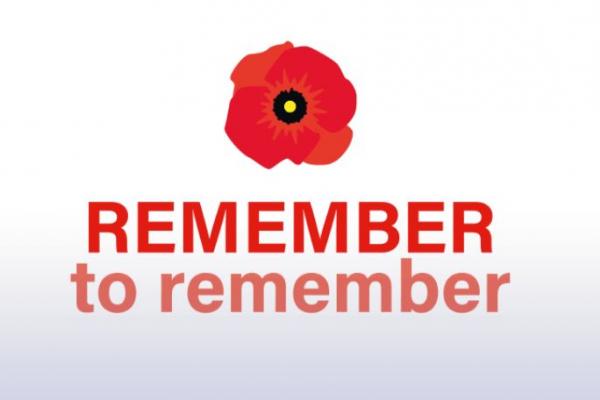 Remember to remember - This Remembrance Day, RSL is asking all Australians to Remember to Remember – to commit to pausing for just one minute to remember those who gave their lives in service to their country, those who returned home injured or ill, and those who bravely serve our country today. Attend a service at one of the RSL Sub Branches around Australia, spend a quiet moment in remembrance at home, or donate to help a veteran in need.