After the war (CD) 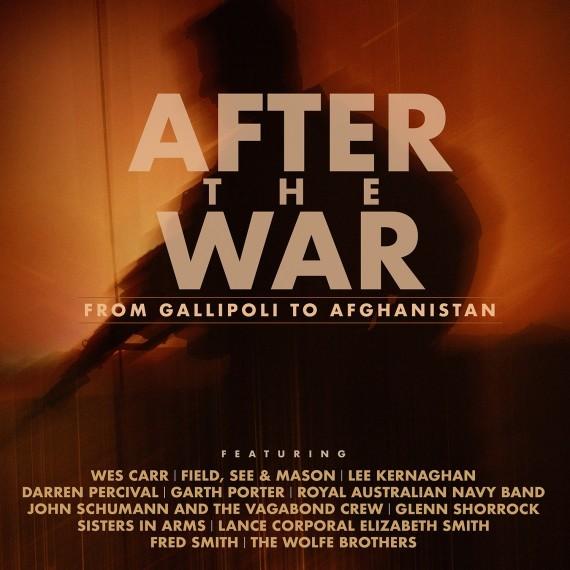 After the war album cover

Show your support
Buy the album

"After the War is a stunning musical tribute to every Australian who has given their all for our nation in the uniform of Navy, Army and Airforce... these are songs of love, friendship, loyalty and the triumph of the human spirit in the face of tough times." (Dr Brendan Nelson, Director of the Australian War Memorial)

After the War, commissioned by the Australian War Memorial and produced by Garth Porter, commemorates and honours the men and women who are serving or have served our country during wartime and peace. Coinciding with the 100th anniversary of the signing of the Armistice on 11 November 1918, marking the end of the Great War; the album spans from Gallipoli and Passchendaele, to the sinking of HMAS Canberra in 1942 in the waters off Savo Island, to the Battle of Long Tan in a rubber plantation in Vietnam, and the blurred and dusty battle lines of Afghanistan.

After the War presents original tracks alongside well-known Australian classics - sung by a host of notable Australian artists, including Lee Kernaghan, John Schumann and Glenn Shorrock.

1. After the war - Wes Carr and Lance Corporal Elizabeth Smith

2. I Am Invictus - Lee Kernaghan

6. When the war is over - Fields, See and Mason

7. I once was a soldier - Garth Porter

15. On every Anzac Day - John Schumann and the Vagabond Crew (feat. special guests Shane Howard on vocals and Rob Hirst on drums)