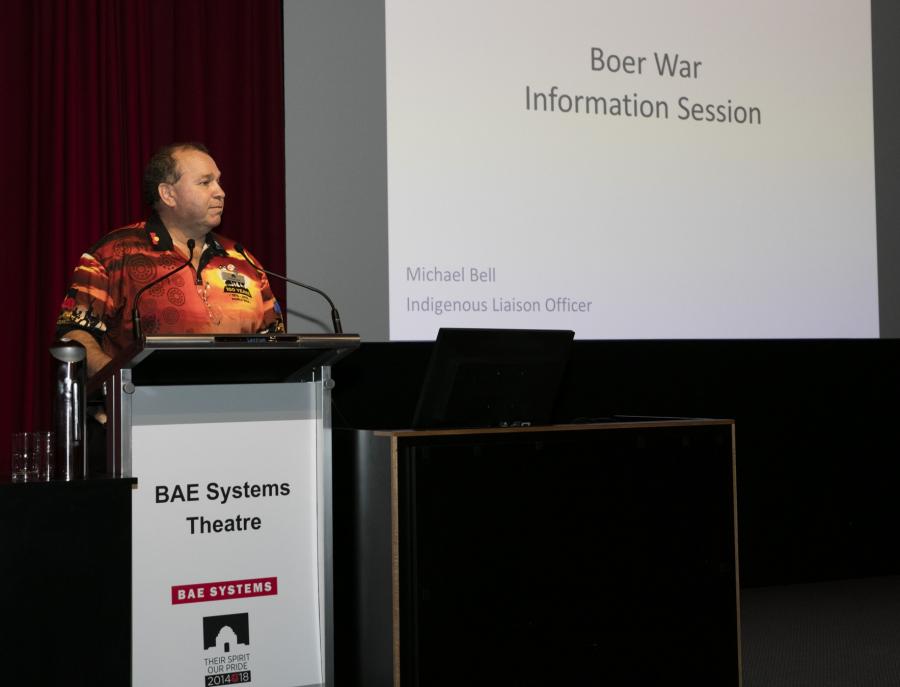 Mr Michael Bell is a Ngunnawal/Gomeroi man, and is currently the Indigenous Liaison Officer at the Australian War Memorial, a position he has held for three years. During this time his priority has been focused on the recognition and contribution of Aboriginal and Torres Strait Island service men and women and the broader individual and community contributions of Aboriginal and Torres Strait Islander people to the military history of Australia in times of peace and war.

Michael has co-edited the AWM publication For Country, For Nation - An Illustrated History of Aboriginal and Torres Strait Islander Military Service and several other articles relating to Indigenous service. He has previously been involved with, and is still connected to, several Aboriginal organisations dedicated to serving the community, including NTSCORP, the Native Title service provider for NSW and the ACT, Ngunnawal Aboriginal Corporation, Onerwal Local Aboriginal Land Council and Buranya Aboriginal Corporation.