Blankets on the wire: the Cowra breakout and its aftermath 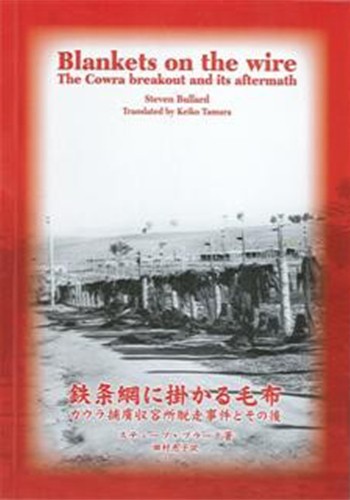 Blankets on the wire tells the tragic story of the mass breakout of Japanese prisoners of war from No. 12 Camp in Cowra during the early morning of 5 August 1944. The peaceful town experienced a night of violence that resulted in four Australians and 234 Japanese losing their lives. Included are chapters on Attitudes at the time, The Breakout, The Aftermath and Reconciliation.

Blankets on the wire has been published by the Australia - Japan Research Project to present both the Australian and Japanese perspectives in an attempt to further strengthen the understanding and bonds between our two countries. The book is written in English and also translated into Japanese.