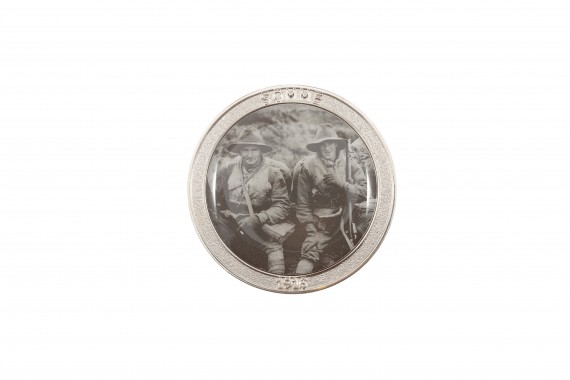 The Australian War Memorial has released this commemorative medallion to mark the centenary of Australia's involvement in the First World War during 1916.

The medallion features an iconic image taken on the Somme in France during 1916, depicting men of the 5th Division taking a rest by the side of the Montauban road, near Mametz, while enroute to the trenches (Image: E00019).

The 'Their Spirit Our Pride' logo appears on the reverse side of the medallion; representing the history, mission, and purpose of the Australian War Memorial.

The medallion measures 4.5cm in diameter.