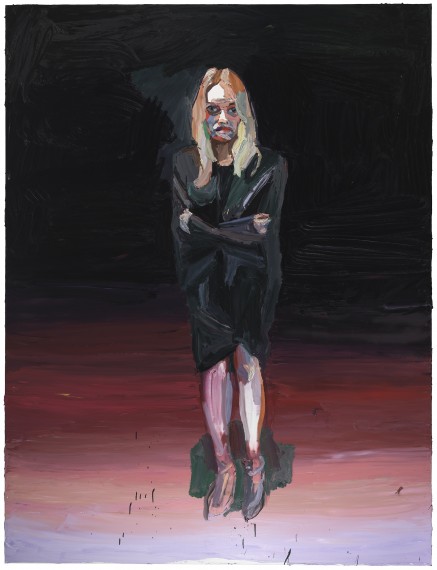 Award-winning Australian artist Ben Quilty and the Australian War Memorial are generously donating the proceeds of these limited edition prints to the charity Legacy.

Partners, children and parents of Australian servicemen and women have always played a vital role in Australian military history, but their stories are little known. The Australian War Memorial commissioned Ben Quility to create these portraits of family members of Australian soldiers who served in Afghanistan, and were either killed there or have suffered post-traumatic stress disorder (PTSD) since returning home. These portraits raise awareness of the experiences of families in the aftermath of war, while acknowledging the unique and inspirational role they play.

Elle-Lou Diddams was just 15 years old when she lost her father. Sergeant Blaine Diddams of the Special Air Service Regiment was killed in Afghanistan during a small arms engagement with insurgents on 2 July 2012, just three days before he was due to return home. Losing her dad when she was a teenager has had a profound effect on Elle-Lou. This portrait emphasises the feeling of isolation that came with losing her father at such a vulnerable age.

Each print comes with a certificate of authenticity, uniquely numbered, and signed by the artist Ben Quilty, Director of the Memorial Brendan Nelson, and subject Elle-Lou Diddams.

Please note: no discounts apply to this product.