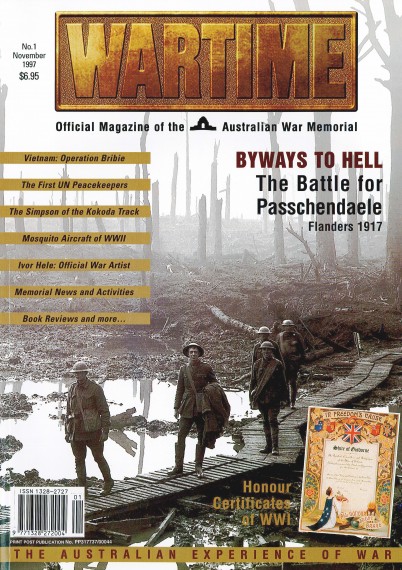 The official magazine of the Australian War Memorial. Wartime is devoted to the Australian experience of war; military history; and the effects of war on society. Articles deal fully and frankly with both the distressing and the lighter sides of war. Every issue delivers the stories of courage and survival of both service personnel and civilians.